Yesterday, Xiaomi issued a Weibo communique that seems to contradict all past “open sales” information: 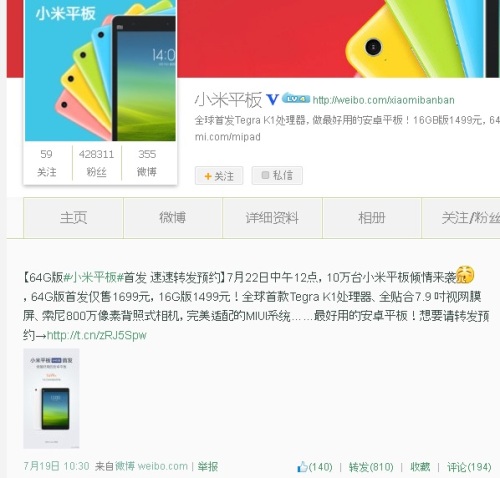 It could be that all this time the 64GB Xiaomi MiPad was an exception to open sales — but that wasn’t stated in Weibo. Perhaps it was at the website itself.

At any rate, one-hundred thousand of the 64GB model will be available. It sounds to me like Xiaomi is ramping up production. Perhaps there will open sales of this after the first batch.