At the IMP3Net forum, iambillbil concludes his coverage of the iFive Mini 4 engineering sample with a performance evaluation [Google Translate]. A portion of the post is locked, but some of that information is here. 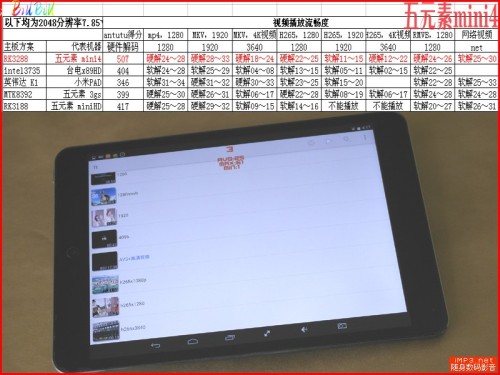 As expected, most of its operation is smooth.

Where it falls down is in some video formats and large games. 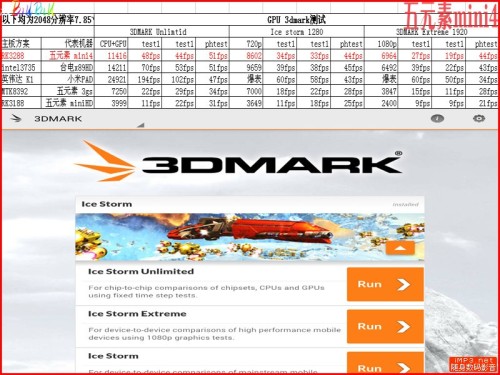 AnTuTu was not run, but we already know the scores.

What I find surprising is this PDF test:

The iFive Mini 4 has a higher frame rate than the Xiaomi MiPad! I’ve asked what app was being used and if he thinks the MiPad would do better based on PDF app.

For what it’s worth, this is the new AnTuTu video test, comparison chart:

Most people don’t think much of that AnTuTu video test, however. People have found that it will say one thing but actual practice with a video file can be entirely different.

Of more use is this chart that’s based on what iambillbil himself tried with video files:

H265 format 4K resolution video hardware decoding 12-22fps, slowly. By the double impact of cpu and memory bandwidth, but this is the first I’ve ever met can the hardware decode h265 format 4k video solution.

Red emphasis in his original text.

Frame rates for several games (Asphalt 8 was not part of the tests). 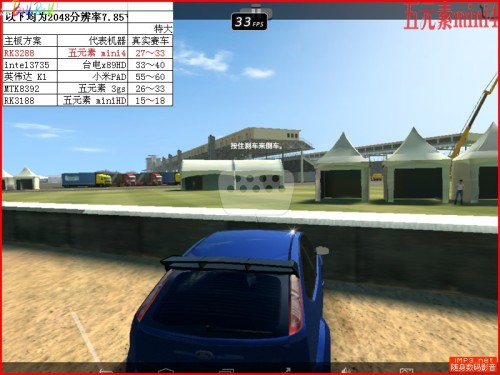 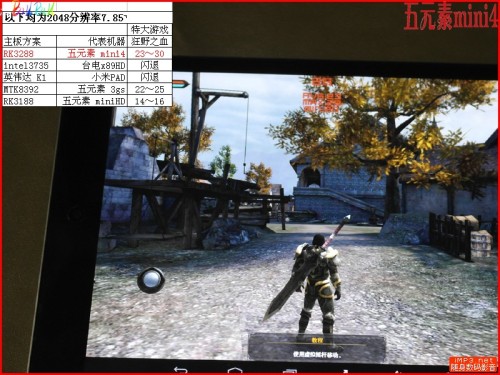 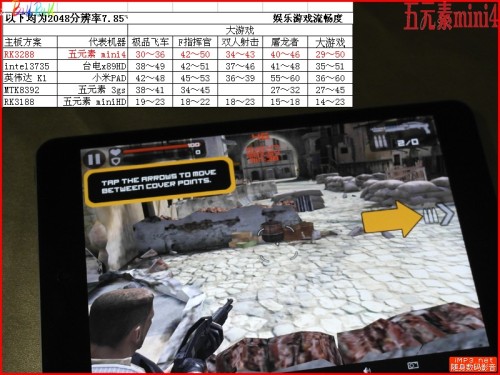 “Torrent Airship” [Google Translate for something different, I think]:

His conclusion is that for anything other than large games and specific video formats, the iFive Mini 4 does well. The main constraint is the LPDDR2, which limits the full potential of the Rockchip 3288. Also, there might be more optimization of the GPU required.