The purpose of this PDF was for me to examine it on an iPad Mini screen to see if it’d be readable versus the larger screen of the iPad Air. At an Apple Store, using a demo device, neither iPad can display the full PDF of The American Magazine because Mobile Safari crashes when downloading the ~280MB file. It can, however, be downloaded by an app for PDFs — but access to an app isn’t possible at the Apple Store.

After the break, a repeat of the iPad Mini video. Then two new ones: the Acer Iconia A1-830 and the Samsung Galaxy S 8.4.

END_OF_DOCUMENT_TOKEN_TO_BE_REPLACED

I did this test previously on the iPad Air.

END_OF_DOCUMENT_TOKEN_TO_BE_REPLACED 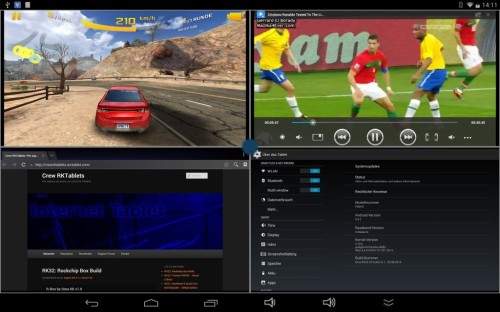 Via IMP3Net comes word that OMA — who gained famed cooking custom ROMs for the Chuwi V88 — is back and has turned his attention to the Teclast P90HD and given it MultiWindow Android [Google Translate].

See his handiwork at Crew RKTablets.

With OMA back in the game, Rockchip 3288-based tablets have new hope. Perhaps at one point he’ll cook a MultiWindow Android ROM for the iFive Mini 4? 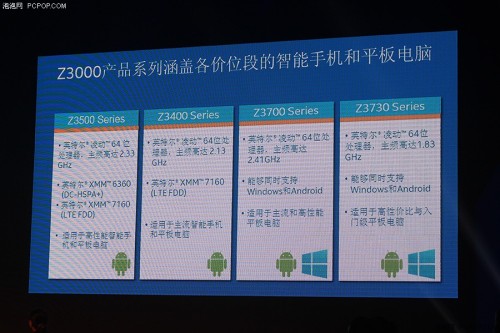 PCPop covers the Intel conference that happened in China this week and provides a guide to the variety of Intel CPUs available to hardware makers in China [Google Translate].

Filed under Other Hardware, Reference

I have no interest in this other than noting it because it could represent a shift in Chinese tablets. This is a seven-inch tablet that’s going to offer cellular connectivity — and will use an Intel CPU.

The Chuwi VX8 3G — at eight inches — was the first to offer 3G with Intel. Now this. MediaTek has to be feeling some heat.

And since it’s an Intel CPU, is there going to be a Windows edition too?

Another Bad Week For Xiaomi?

ZOL has an article that although sometimes rendered ambiguous in translation is nonetheless a bit scathing when it comes to the sales and marketing model Xiaomi has adopted and clung to [Google Translate].

It opens with a salvo lobbed at Xiaomi by someone who’s apparently prominent in China, accusing Xiaomi of design plagiarism and “hunger marketing” tactics.

What’s interesting here is that for the past two weeks I’ve seen on Weibo some salvos lobbed at Xiaomi — but I’ve seen these salvos only when replied to by Xiaomi on one of their accounts. In other words, had Xiaomi just ignored them, as an outsider I wouldn’t have seen any of this sniping take place. I’ve never seen companies snipe at each other on Twitter. They’ve been playful on Twitter, but never mean. On Weibo, they’re going for blood.

ZOL then goes on to mention the fine Xiaomi had to pay after the Taiwan Fair Trade Commission accused them of miscounting and misrepresenting “sold out” flash sales. The difference was a few hundred units, below five percent of the total; even so, computers are math machines so how can you wind up with a wrong inventory count and casually excuse it? It would have been better for Xiaomi if, when claiming ten thousand units sold, they’d actually sold ten thousand and one hundred units and just claimed ten thousand. Had the Taiwan Fair Trade Commission complained about that, at least customers would have felt delighted instead of cheated.

END_OF_DOCUMENT_TOKEN_TO_BE_REPLACED 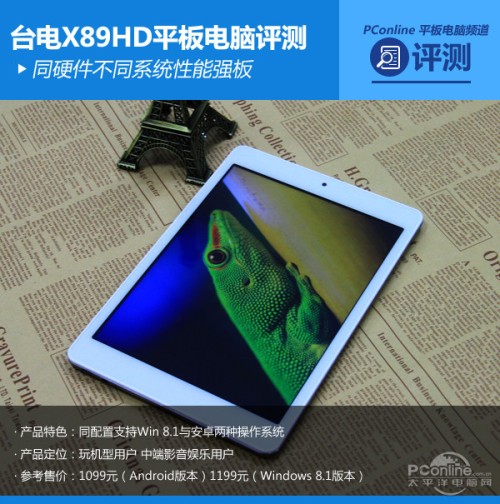 Over at PC Online [Google Translate].

END_OF_DOCUMENT_TOKEN_TO_BE_REPLACED

While techies casually dismiss these things …

… in the real world run by adults, there are major repercussions.

Update, Friday August 8 2014: China: Apple products not banned from government purchases. As I first saw on Weibo this day, the original report was incorrect. So, for now, Never Mind …

Filed under Apple: The Company, iOS