Note: I was supposed to post this on August 29th. It got forgotten in the Draft folder.

In a Weibo communiqué, AnTuTu Labs uses Onda as an example: 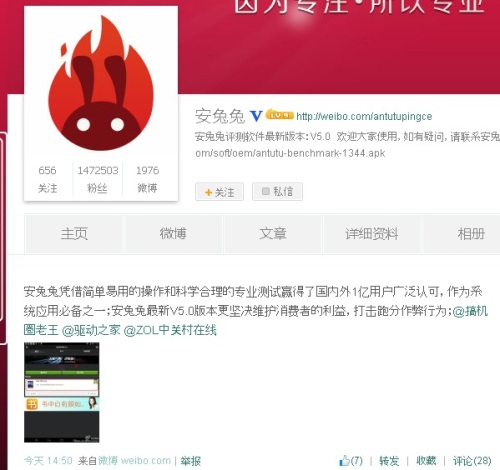 And then there’s this curious screensnap:

I don’t know why the score is red with a question mark or what the text above it says. But this has to be meaningful because AnTuTu Labs is specifically circling the Onda V989 as the test subject!

AnTuTu Labs held a conference about the new release earlier this week. Google Translate turns a report about it into even worse gibberish than usual.