That’s about 600,000 iPhone 6 flying to the U.S.. Cook intends to have seventy million made by the end of the year.

I saw a photo of an airfreighter being loaded with an iPhone shipment in Weibo but couldn’t get the large image of it due to Weibo problems.

Next-day update: And here’s that image. 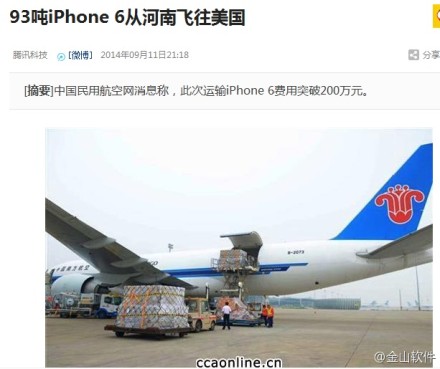