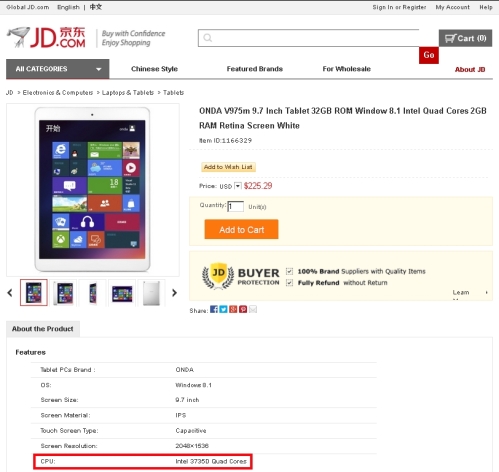 Ouch! That’s nothing to do with the Onda V975m, which uses an Amlogic AML-M802 CPU and can’t do Windows!

That’s actually the Onda V975w, as a wrong listing!

Has anyone ordered anything from the English-language JD.com site? How did it go? 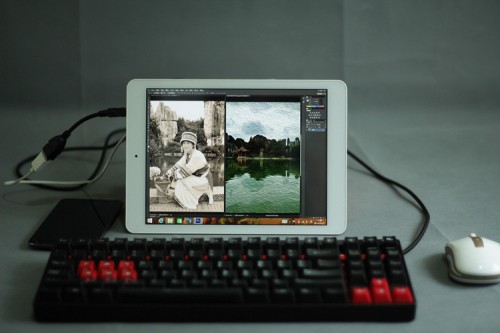 A bunch of photos from a pro photographer purportedly using Photoshop CS6 on the Onda V975w [Google Translate].

Interestingly, language in the above mirrors that in two Rockchip Weibos (first, second) issued today on the subject.

Further Rockchip claims on Weibo that the use of Adaptive Scalable Texture Compression also obviates the need for DDR3. They cite the fact that Apple is using ASTC in the two new iPhone 6.

But really, Apple using ASTC has nothing to do with this issue. iOS is closely tied to its hardware in a way Android might never be.

We’ve already seen user reports of stuttering in the iFive Mini 4. Stuttering that doesn’t take place on tablets that use DDR3. Rockchip might want to argue those other tablets are using different CPUs or that Five needs to do further firmware optimizations, but still, user reports are what drive sales, not marketing or spin.

Five Technology made a mistake going with DDR2. That’s all there is to this issue.

The first Weibo communiqué leads to a post with apps that can ameliorate some tablet problems: 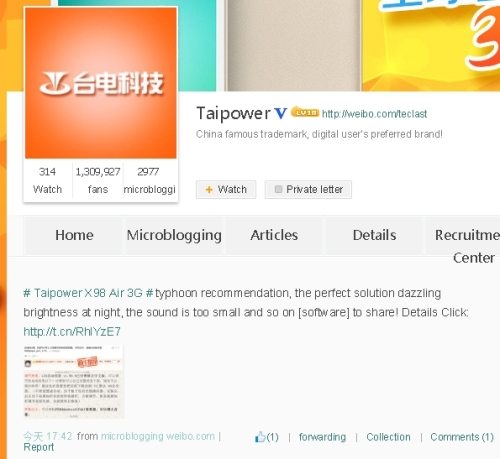 END_OF_DOCUMENT_TOKEN_TO_BE_REPLACED

That’s what it looks like to me in the photos accompanying their Weibo communiqué: 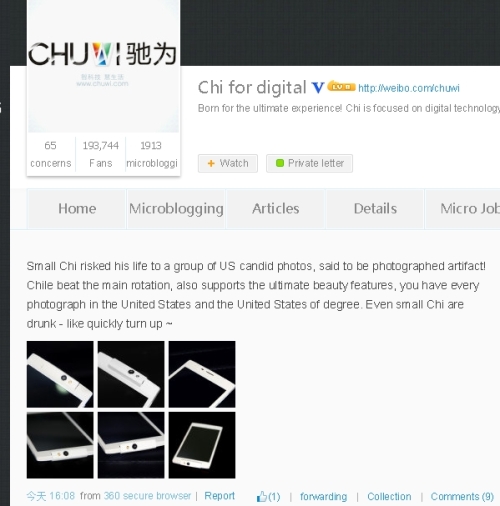 END_OF_DOCUMENT_TOKEN_TO_BE_REPLACED

This is a treat. A twenty-three-minute video by someone who flashed Windows 8.1 to his Teclast X98 Air and is very comfortable using Windows on a tablet.

(All screensnaps from the 720p video; click to enlarge.)

He opens by talking about what a trip it was trying to install Windows. Figuring out how to change the language to English took him days — and he needed his Surface nearby as a guide to translating Chinese to English.