Via Weibo, Xiaomi has sent out two comparison charts, pitting its MiPad against the new Nexus 9 and iPad Mini 3.

See them after the break. 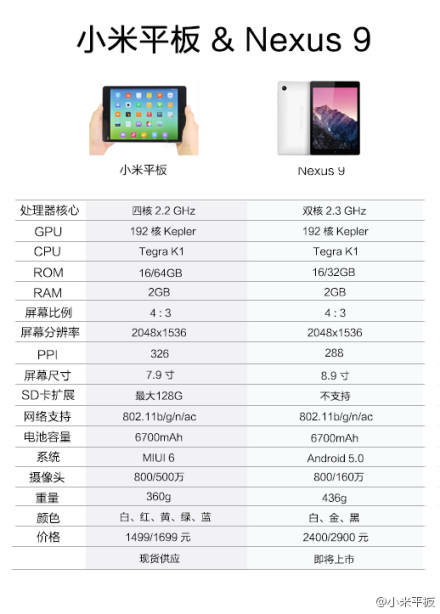 The iPad Mini 3 is the iPad Mini 2 with Touch ID added. Interestingly, this second chart confirms that the MiPad K1 CPU is the 32-bit version. This chart, unlike the first, wasn’t created by Xiaomi (the Copyright notice at bottom indicates that).