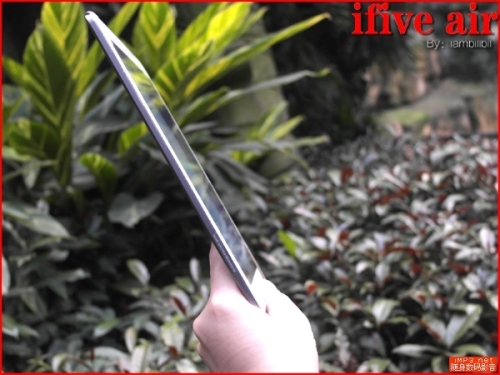 It’s using the same partitioning scheme that caused users to revolt with the iFive Mini 4. This might not matter to power users if custom ROMs by Oma and others can be flashed to it. Screen color depth is 24 bits. WiFi signal is improved and strong. The Rockchip 3288 has been locked to 1.6GHz but it doesn’t seem to matter in terms of actual performance and helps alleviate heat and extends battery life. The cameras didn’t seem better than the iFive Mini 4.

I’ve gone over his performance evaluation and compared it to the one he did for the iFive Mini 4 and the Teclast X98 Air 3G — and I really can’t see the basis for his praise in the iFive Air performance evaluation. With a decreased clock speed and memory bandwidth significantly lower than that of the Teclast X98 Air 3G he went nuts over, I’m not sure I see what he’s seeing.

At any rate, it’s not a bad tablet. It fits in with all the other tablets out today from China. They are more or less equal in overall performance with significant differences only in things such as game compatibility or video file format capability.

Unfortunately, there doesn’t seem to be any sign of the multiwindowing Five Technology recently touted.