Ebola Back In NYC Again?

We will stop #Ebola outbreak in its tracks in the US. 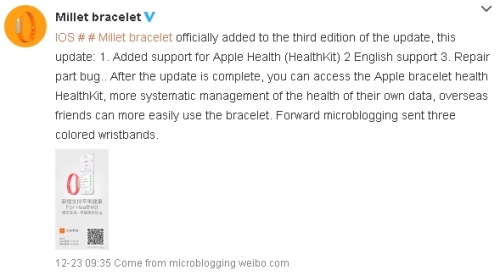 END_OF_DOCUMENT_TOKEN_TO_BE_REPLACED

Filed under iOS, Other Hardware

A fundraiser has been established online to help cover the medical expenses of veteran Batman artist Norm Breyfogle, who suffered a stroke last week, leaving the left-handed illustrator paralyzed on his left side.

According to the campaign, launched by his brother Kevin Breyfogle and sister-in-law Wendy Wiegert, the 54-year-old Breyfogle has no health insurance and a savings eaten away by his hospital stay, yet requires months of care and physical therapy at a nursing home.

A day into the effort, it’s raised nearly $16,500 toward its $200,000 goal, which will be used to cover the $10,000-a-month costs of the nursing home (Wiegert and Kevin Breyfogle say that Medicaid is expected to begin covering those expenses after six months).

I don’t run ads on this blog (WordPress does; I get none of that). I’ve never asked for anything other than interested readers. But if you have found this site useful, sometimes I ask readers to contribute to others as a way of saying thanks.

Jeremy Lloyd, co-creator of BBC comedies ‘Allo ‘Allo! and Are You Being Served?, has died aged 84.

Lloyd died in hospital after being admitted for pneumonia, his agent said.

He worked with fellow comedy writer David Croft on the popular comedy series set in a department store, which ran from 1972-85.

I loved Are You Being Served?. Britcoms are the best. They still derive their humor from the situation and not by having the characters fling cruel and too-often disgusting insults at one another.

You made millions laugh without feeling dirty. Rest in peace.

END_OF_DOCUMENT_TOKEN_TO_BE_REPLACED

Today Meizu ventured into Xiaomi territory with an iPhone 5c-lookalike phone that will sell for 999 yuan. It has better specs than its 999 yuan competition from Xiaomi.

So naturally Xiaomi had to do something to steal Meizu’s buzz.

END_OF_DOCUMENT_TOKEN_TO_BE_REPLACED

What follows are all the Weibos Onda sent out live to announce their new dual-boot machines. If an image needs enlargement, it will follow the embedded version.

Annoying, Onda padded most Weibos with exhortations for people to pass them along to win a cheap prize!

END_OF_DOCUMENT_TOKEN_TO_BE_REPLACED

Having been properly caffeinated, let’s see if I can avoid any more post errors!

I know this tablet interests many people. But I stand firm on my advice: Never buy the first batch. China tablet makers have a record of quietly revising their hardware. Early buyers sometimes get stuck with versions that can’t be fully updated. Don’t be a lab rat! Always wait at least a month.