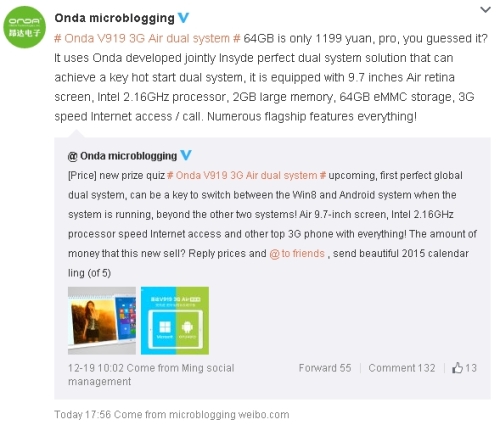 People are going to wind up with the wrong tablet if they’re not careful!

Onda has a version of the V919 3G Air that uses a MediaTek CPU and is Android-only. To make matters even worse, there’s a V919 3G that looks like the Air but isn’t, and also has a MediaTek CPU.

Despite the imminent sale of the first batch of new dual-boot tablets, at post time Onda hasn’t yet listed them on their website.

With Onda offering 64GBs internal storage for 1,199 yuan — that price is less than many 9.7-inch 32GB tablets — how soon will Teclast do that too?