The Boss Phone. Say What? 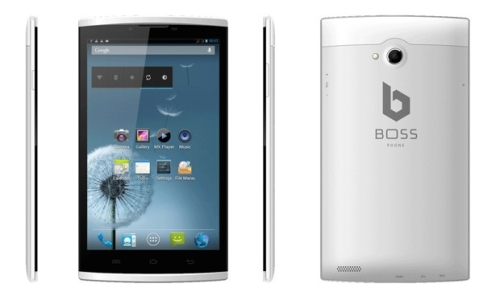 The phone is unlocked and will be available for between $275 and $350 depending on what tier at which you back the project. Briggs & Spriggs says that phones are expected to be delivered to backers by October 2015.

END_OF_DOCUMENT_TOKEN_TO_BE_REPLACED

She pushed through consumer-protection laws against deceptive trade practices, chastised restaurants selling hamburgers that were less than 100 percent beef — she called them “shamburgers”— and criticized manufacturers for putting too many peanuts in jars labeled “mixed nuts.”

There was once a time when those in public office gave a damn for regular people. She was one of them.

Today is yet another one of those days when I’ve done more than ten posts in a day.

The #ces2015 innovation award winner for tablets goes to @Dell. The Venue 8 7000 is the world's thinnest tablet – 6mm pic.twitter.com/kmwjIn6Qps

END_OF_DOCUMENT_TOKEN_TO_BE_REPLACED

This time they present the results of a poll that asked users what they would pay:

END_OF_DOCUMENT_TOKEN_TO_BE_REPLACED

Rumored Intel Inside MiPad 2 Is By Aigo, Not Xiaomi

1Pad was very skeptical of the earlier leak: Xiaomi MiPad 2 To Be Intel Inside!

And today they get to bray a bit because that rumored tablet isn’t from Xiaomi after all [Google Translate].

It’s from Aigo and it’s not even released (or announced) yet, the X86.

So, let’s see if GizChina and GizmoChina also offer corrections. To be fair, they had their doubts too.

As for me, I should have known better. DOH!

Same-day update: And boom! The Aigo X86 is announced. Over at ZOL [Google Translate].

Xiaomi Couldn’t Help Itself. It Went There.

END_OF_DOCUMENT_TOKEN_TO_BE_REPLACED

Filed under iOS, Other Hardware

The linked article’s key paragraph is this [Google Translate]:

In this regard, the micro-Bo Wang Yang and Sun Changxu two industry experts point out that this is because the touch screen manufacturers in Taiwan’s Wintek bankruptcy, forcing the millet had to turn to other panel suppliers, which greatly affected the millet phone 4 The fourth-quarter 2014 shipments.

In other words, because panel supplier Wintek — which was supplying Xiaomi with screens — went bankrupt, Xiaomi had to scramble to find another supplier and that constrained their ability to manufacture and sell the Mi 4 phone.

It’s plausible. The Mi 4 was their new flagship and initial supplies were constrained.

END_OF_DOCUMENT_TOKEN_TO_BE_REPLACED

A Who’s Who of the photo.