And it’s in English. And it’s by Hendrickson, over at his site TECHTablets.

Teclast finished 2014 with a slew of new dual boot tablets, but was the X10HD 3G one too many?

Over all I found the performance in Android to be rather sluggish, it can be put down to a poor first rom and rather slow stock launcher. Android seems to clock the CPU to 2.16Ghz on all 4 cores constantly so the battery life takes a hit and comes out an hour or so less than Windows.

Windows 8.1 Bing with Office 6 month trail was included, thankfully the experience in Windows is much better than Android. I found the default scaling in Windows with a 2560 x 1600 screen @ 16:10 was much better than the 4:3 using 2048 x 1533 tablets. Windows was responsive and for general office tasks and use it’s perfectly fine. Chrome still tends to be a bit slow on this platform so Internet Explorer was a must and the metro version of IE is still the fastest and smoothest browser to date.

See the rest at his review.

The Ed Wood, Jr. Rubicon Has Been Crossed

It’s extremely rare that a YouTube recommendation is something I’d watch.

Today, a recommendation popped up that managed to grab my attention for the split-second it took to engage my curiosity.

And holy shit, that’s when I found out everything has changed.

END_OF_DOCUMENT_TOKEN_TO_BE_REPLACED

Thunderbirds Are Go: Some Spec Sheets

ScreenRelish pulled these out of a forum and I’m pulling them from ScreenRelish. Click to enlarge. 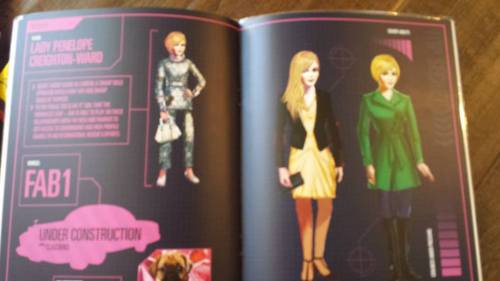 None of the text can be read. But it looks like they’ve given Lady Penelope a dog (see lower mid-left). Why? Because they can?

END_OF_DOCUMENT_TOKEN_TO_BE_REPLACED

Van Gogh: The Courage & the Cunning

Countless freeloaders, lost teenagers, parents of lost teenagers, and disappointed artists have found consolation in Vincent’s misfortune. His story is the ultimate “I told you so”: a troubled, not obviously talented oddball, who through determination and sheer chutzpah is finally, albeit mostly posthumously, recognized as a genius. Van Gogh is today the most popular artist in the world for the stupendous works he made during the last troubled years of his life—a great secular saint of modernism, whose suffering and sacrifice produced pictures of such idiosyncrasy and luminosity that even Kirk Douglas and obscene sales records and Starry Night shower curtains have done nothing to trivialize the ravishment of seeing the art in the flesh. That his mental instability fueled leaps of creative imagination has only made him seem more noble, in the Romantic vein—albeit, as Bell cautions, “insofar as Van Gogh the painter communicates to us, with an oeuvre that viewers for over a century have found uniquely thrilling and sustaining, it is not our business to call him mad.”