DuOS: Both Windows And Android

Android being pulled over Windows, to switch OS: 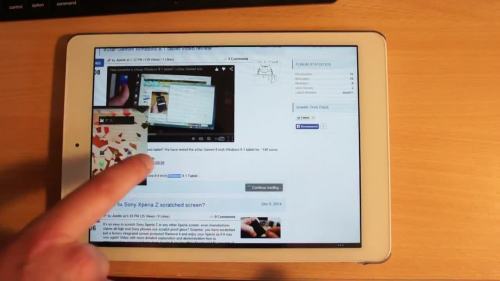 I don’t know how long this has been available, but I finally watched a YouTube video from a few days ago demonstrating it:

For those of you who bought a Windows-only version of an Onda or Teclast tablet, this might be a good enough solution to get dual-boot. In some ways, it’s superior, since both OSes are running at the same time and can share a Clipboard.

There are a bunch of YouTube videos from American Megatrends that are tutorials for DuOS.

Apparently, DuOS has been in beta for some time. As usual, Steve “Chippy” Paine was on top of this back at CeBIT 2014:

Here’s a comparison demonstration between DuOS and another emulator called Andy:

Dual-OS Update: Intel, Nokia, American Megatrends and Why Google Might Not be Needed
AMI DuOS. A closer look at a new DIY Dual-OS solution

6 responses to “DuOS: Both Windows And Android”