Take the Iconfactory’s app Twitteriffic. Maheux ran a test wherein he typed “Twitter” into the App Store search field. His app Twitteriffic was astoundingly listed as the 100th result. Sacha Grief experienced even worse results than Maheux: “The iOS App Store is so broken that I couldn’t find an app even when searching for its full name.”

I wrote this back in 2009: Apple’s App Store Needs Librarians

What I wrote in 2009 is still true six years later.

I want to rub Apple’s nose in this. Jack Ma created Alibaba so that small businesses could prosper from the Internet.

Apple has maintained the App Store so that Apple can prosper from it.

What an even bigger disgrace.

Spotify: I Really Hope This Is Not True

Huge rumor — @Spotify to be acquired for $14B next week? http://t.co/YsUQnBJDVa via @mikeyavo

I have a ton of playlists I assembled and created at Spotify, using the free service.

If free is going away, are they going to just erase all that work?

The music labels are a bunch of greedy parasite bastards. Doing away with free Spotify will only send everyone back to piracy.

Registration at the Big Finish website is not mandatory. The free download can be had at their SoundCloud page.

Terrahawks: A Christmas Miracle
Terrahawks: Behind The Scenes
Terrahawks Theme As It Was Meant To Be

So, today's news from Tracy Island – Thunderbirds Are Go will launch on 4th April at 5pm with a double bill on ITV!

And thanks to my own secret agent, I have been able to see nearly the first two minutes of the first episode.

And, dahhhhhyum, like my secret agent, I also got goosebumps listening to Ben Foster’s adaptation of the classic Barry Gray theme. He does a seamless transition from Gray to his own addition. And like the classic opening, there’s a brief montage of clips from the episode about to be watched.

From just the little bit I saw, it’s clear they’re doing a hell of a lot more with CGI than Gerry himself did with New Captain Scarlet. It’s difficult to explain the contrast, but anyone will be able to see it immediately, especially with the theme titles.

I have the tiniest bit of hope that they might actually pull this off.

At the very least, I look forward to seeing the debut episodes.

HTC Tablet? No Then, No Now.

END_OF_DOCUMENT_TOKEN_TO_BE_REPLACED

Dual-OS Ramos i11Pro Gets A Review

See the article after the break.

END_OF_DOCUMENT_TOKEN_TO_BE_REPLACED

One of them might be a Mi Pad 2, as I suspected yesterday.

END_OF_DOCUMENT_TOKEN_TO_BE_REPLACED 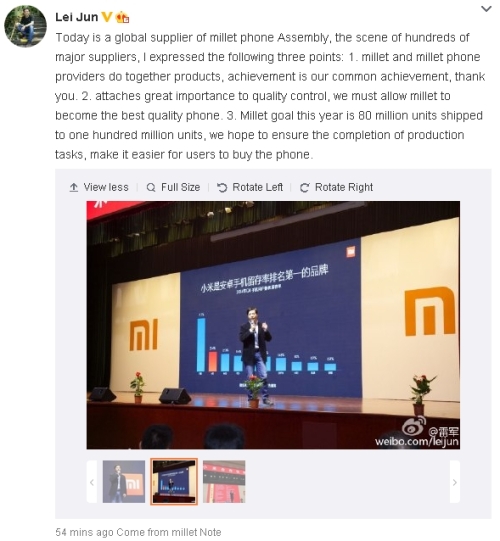 You know what would help Xiaomi reach that ambitious goal? Phones that had radios that worked on every damn cellphone network in the world! I look at the upcoming Xiaomi Note Pro with lust. But I don’t think it works with American 4G bands, dammit.