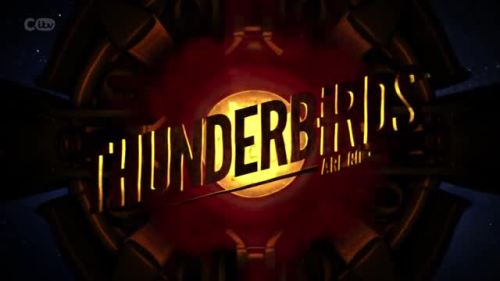 It’s not what Gerry would have done.

It’s what I thought it would be: Grave-robbery.

It’s a cartoon with shallow characters.

There is some absolutely stunning animation at times: 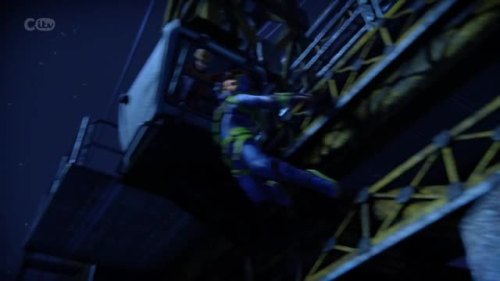 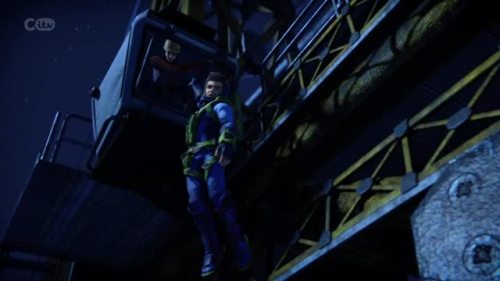 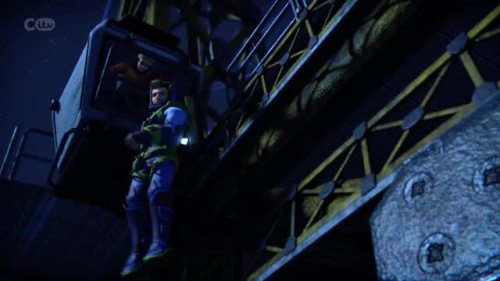 The physics simulation of Virgil in this episode was almost right, to the point where the cartoon character had mass.

But then someone else loses their head and ruins everything with this: 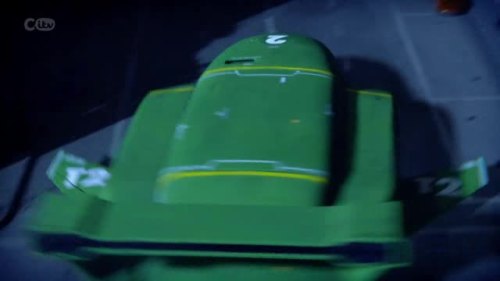 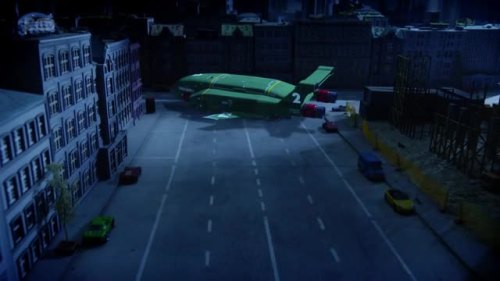 Thunderbird 2 does an emergency powerless landing in a London street and the asphalt remains spotless and there isn’t a single speck of dust kicked up. What? Derek Meddings would just shake his head at that.

The details they get right, like the wrinkles on the arm of Virgil’s uniform … 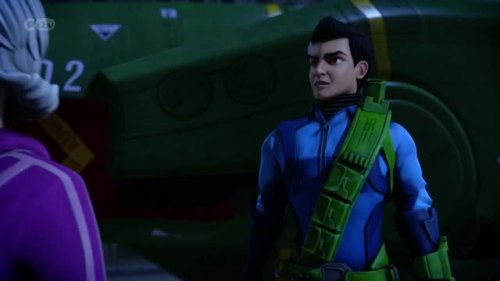 … and Parker sniffing some rare paper … 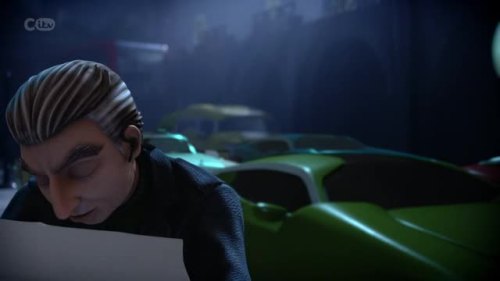 … are just that: Brief interruptions in something that is otherwise just a cartoon that constantly reminds you that it is a cartoon.

When they mix the cartoon with miniatures … 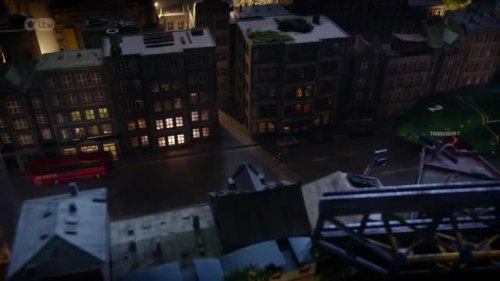 … they turn into tabletop scenes of toys that Derek Meddings and his crew would cringe at. Did anyone in the miniature unit of this series ever watch the original and learn anything from it?

And where the hell are the explosions?

… it bloody well exploded from the stresses put on it! Engineers can argue that doesn’t happen in real life, but we don’t care. It’s exciting as hell!

And that’s also what this series is missing. There’s just no excitement.

And the characters … the Tracy boys are voiced well enough. But I cringe at most of their dialogue. Weirdly, David Graham’s Parker voice seems younger than it did in the original series. Lady Penelope has been reduced to a forgettable mannequin. And don’t get me started on the grating voice and cliché character of Grandma. She’s another irritating reminder that this is just a cartoon. That they have to resort to ageist and sexist humor is just beyond the pale. We cringe today at the depiction of “women drivers” from the original series — but that was the sexist cultural milieu of the 1960s. There is just no excuse for Grandma in 2015.

I could go on, but I really just don’t care all that much.

I don’t know whether this will be a hit with kids. It’s just too strange a stew for me to guess.

Its overall worldwide success will depend on landing a berth on American TV. That’s going to be very difficult to do. New Captain Scarlet wound up on an obscure cable station I’d never heard of. Strangely, Gerry’s Terrahawks wound up with the kind of prime Monday-Friday 3PM timeslot his first big-hit series in America, Supercar, had. But then Space Precinct was considered so bad it was dumped into a 1AM timeslot in local NY syndication.

The TV landscape has changed for the worst since Gerry’s heyday. Stations no longer just broadcast, they produce. And they want their mitts in as many things as possible that they air so that they can suck out profits. No American stations or networks were involved in the financing of Thunderbirds Are Go, so they have zero monetary interest in running it. You think they’ll settle for a pitiful stream of ad revenues when they want a fat cut of future syndication and merchandising profits in perpetuity? ITV should have gotten an American partner before they ever went ahead with it.

4 responses to “TV: Thunderbirds Are Go”