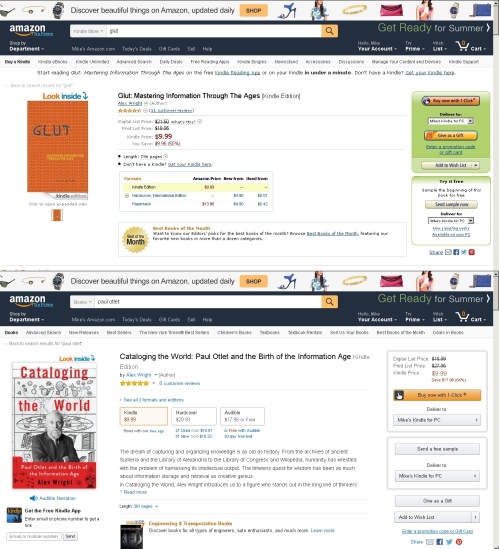 Xiaomi Beta Store will open for UK, France, Spain, Germany and U.S on the 18th May

There will only be a few accessories to choose from during the Beta stage including the Xiaomi Mi Band for $14.99, Mi Headphones for $79.99 and the popular 5000mAh and 10400mAh Xiaomi powerbanks.

I’d get a MiBand — but lacking a phone still, it’d be rather pointless for me.

Xiaomi To Enter American Market In 2015

Today is a rare day I’ll likely do more than ten posts.

The first post published today was: A Public Service Announcement From Xiaomi

I was, at one point, using the term “co-housing for the antisocial” to describe my vision for the complex, but some folks didn’t get it.

I “get” it completely and have been saving a pair of quotes for months, waiting for an update on that project.

END_OF_DOCUMENT_TOKEN_TO_BE_REPLACED

Prior The Blacklist posts

The Thrill Is Gone

New York Times: B. B. King, Defining Bluesman for Generations, Dies at 89

B. B. stood for Blues Boy, a name he took with his first taste of fame in the 1940s. His peers were bluesmen like Muddy Waters and Howlin’ Wolf, whose nicknames fit their hard-bitten lives. But he was born a King, albeit in a sharecropper’s shack surrounded by dirt-poor laborers and wealthy landowners.

Mr. King went out on the road and never came back after one of his first recordings reached the top of the rhythm-and-blues charts in 1951. He began in juke joints, country dance halls and ghetto nightclubs, playing 342 one-night stands in 1956 and 200 to 300 shows a year for a half-century thereafter, rising to concert halls, casino main stages and international acclaim.

A voice and a talent that will last forever as recordings.

On a rainy afternoon in 1951, Judith Shutt and her family saw The Laurey Puppets (later of “Mr Turnip” TV fame) while on a seaside holiday — an event which was to change all of the Shutt family’s lives thereafter.

It was around this time that fellow puppeteer and Guild Member, Christine Glanville, who had been working for AP Films, contacted Judith to say that they were looking for a new floor puppeteer and would she be interested in applying? Judith soon found herself working with Christine Glanville and Mary Turner on Fireball XL5, the first of many TV series in a long and distinguished association with television puppetry.

A chance encounter that changed their lives and so many other lives around the world.

Pipo has introduced a cut-down version of their W4 dual-OS eight-inch tablet [Google Translate]. It features just 32GBs of internal storage and 0.3MP front and 2MP back cameras. The Intel Z3735F is combined with 2GBs of RAM, so there’s that.

That is one of the ugliest designs I have ever seen.

I hope it will look better in actual photos and in person. Because right now, that’s not something I’d want to have just based on how it looks.

Same-day update: That image nagged me. Yeah, it’s the ugliest thing, worse than even the Aigo X86.

There are more renders over at PadNews [Google Translate].

This could be very interesting. They announce on May 20 or thereafter.

Ramos To Announce Phone May 20