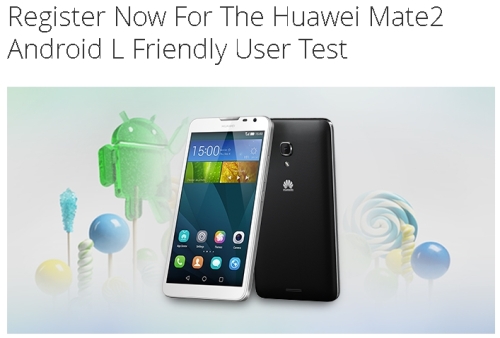 Why am I writing about this phone?

I stopped in B&H Photo yesterday to fondle the Asus Zenfone 2.

Despite the fact the Zenfone 2 has a 5.5-inch screen, and reviewers said it was “big,” my reaction was that it was too small!

There wasn’t much testing I could do with it. Despite the fact B&H had everything connected to WiFi, their firewall prevented a lot of access in weird ways (I couldn’t get on either Twitter or this blog, as examples!).

So I poked at it here and there, looking at the UI and such. I liked it but I didn’t have the tech lust cramps or drool I anticipated. And the red model? It was out as one of the demo models and, frustratingly, the red is only on the back and the front is black.

I tried the camera and was not impressed. Pinch-zooming in revealed too much digital haze and backlit signs mostly suffered halos of blur. And this is despite the fact it’s a 13MP camera!

Then I tried the Blu Studio 6.0 LTE. That also has a 13MP back camera. And while the flash isn’t the brightest with the farthest reach, pinch-zooming in to photos revealed they were better than the ones from the Zenfone 2. Far less haze, sharper details, fewer halos on backlit signs. Go figure!

Overall, the phone was OK and it intrigued me. It didn’t make me swoon but I was a little impressed.

What caught my eye and made me go WOW! WOW! WOW! was the Huawei Ascend Mate 2 4G.

Like the Blu, it has a Snapdragon 400 CPU but combined with a more reasonable 1280 x 720 screen. And that screen is gorgeous. It’s bright — while the Blu tended to be dim.

The Huawei’s camera is also 13MP, like the Blu, and took pictures just as good. 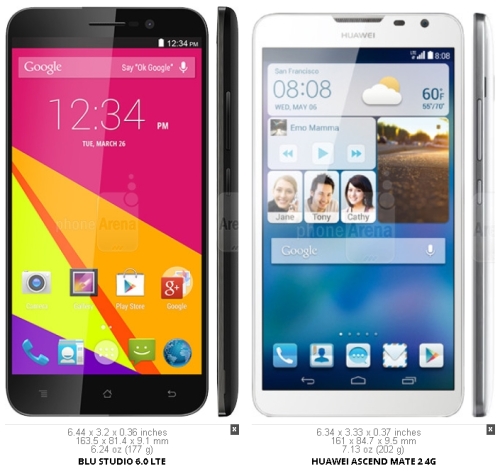 But that screen! It’s a whopping 6.1 inches!

And that made me realize why I kept thinking about Sony Xperia T2 Ultra. That big screen.

I need that big screen.

And going by the success of the iPhone 6 Plus, other people want a big screen too.

I just want “bigger than big” — but not a seven-inch tablet (or seven-inch phone, ahem).

I thought the additional 0.1-inch of screen space made a difference compared to the 6.0-inch screen of the Blu. Calling up the Techmeme site, the right sidebar text seemed larger and more readable to me. But perhaps that was also the difference between the Blu’s 1920 x 1080 screen versus the 1280 x 720 of the Huawei? I don’t know.

All I know is that to my eye, the overall design proportions of the Huawei phone are just gorgeous.

So that’s why I’m writing about it.

But I’m not yet in any hurry to buy. And I’m also a bit distressed by the price creep that’s been going on in my buying decision tree. I’ve gone from a US$99 ZTE Zmax at Metro PCS to a US$279.99 phone at B&H Photo! I might be losing my focus here.

And there’s a detriment to the Huawei too: The Emotion UI. I hate it. I hate the size and shape of the icons. They are painful to look at. Maybe EMUI 3.0 will correct a lot of that.

But I’m getting a bit frustrated at all the different modifications vendors are making to Android. Samsung can get away with it because the market has shown people will accept them — and things such as MultiView add actual value and additional usability. And Xiaomi has managed to get away with it with MIUI.

But there comes a limit to how far vendors can push and pull on Android before they defeat their aim of “differentiation.” The best Android really is the least-touched Android. People are better able to move from phone to phone without having to retrain their muscle and brain memory to do things.

And the least-touched Android also — ideally — means getting faster updates. Having to wait while a platoon of programmers re-jigger the latest Android with all of the corporate customizations is a drag. Aside from bugs, waiting for Android updates has to be the top complaint from most customers.

I have to say that Sony is looking better to me. Updating the Xperia T2 Ultra was a smart move by them.

Even if the Xperia T2 Ultra doesn’t get any other update — to, say, Android M — at least Sony made the effort to keep buyers happy and didn’t abandon them as they have in the past.

I also wonder if it’s going to be inevitable that by the time I buy a phone, I’ll wind up with the new Sony flagship if it has a 6.0-inch (or larger?) screen.

Tech that gives you something to talk about. Design that leaves you speechless. pic.twitter.com/zsxw5LmX5j