The Asus Zenfone 2 ZE600KL has the same design as its smaller siblings, but it has a 6 inch screen. Oddly the screen is a 720p display, which means the phone has a bigger, but lower resolution display than the version currently sold in the US.

While the phone looks like the smaller Zenfone models, the screen isn’t the only thing that’s different. This model has a Qualcomm Snapdragon 615 octa-core, 64-bit processor instead of an Intel Atom chip. And it has a laser auto-focus feature for its 13MP rear camera.

Asus will offer the phone with 2GB or 3GB of RAM and 16GB or 32GB of storage. You can also remove the rear cover to access a microSD card slot.

Well, that’s … an odd collection of choices to create a six-inch phone.

END_OF_DOCUMENT_TOKEN_TO_BE_REPLACED

The specs (via AnandTech) basically say it all: 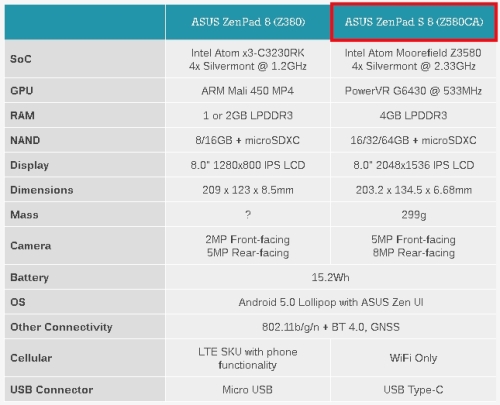 With 4GBs of RAM and up to 64GBs of internal storage, there’s no longer any reason for someone to pine for the Nokia N1 tablet.

END_OF_DOCUMENT_TOKEN_TO_BE_REPLACED

It’s early and I haven’t yet read and seen everything about the new Asus ZenPad S 8.0 (which seems to be the only model I’d be interested in — and I think most readers here would be too).

So in the meantime, some images.

These are all taken from 720p YouTube videos at my playlist (which I’ll be adding to). Click any to enlarge. 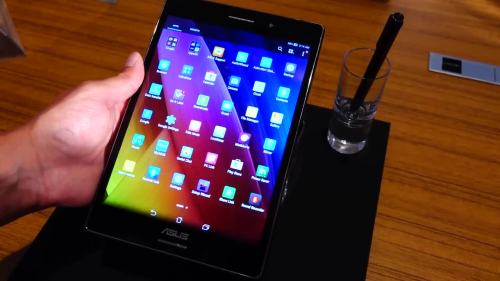 END_OF_DOCUMENT_TOKEN_TO_BE_REPLACED

Via ZOL is the official spec image from Colorfly [Google Translate]: 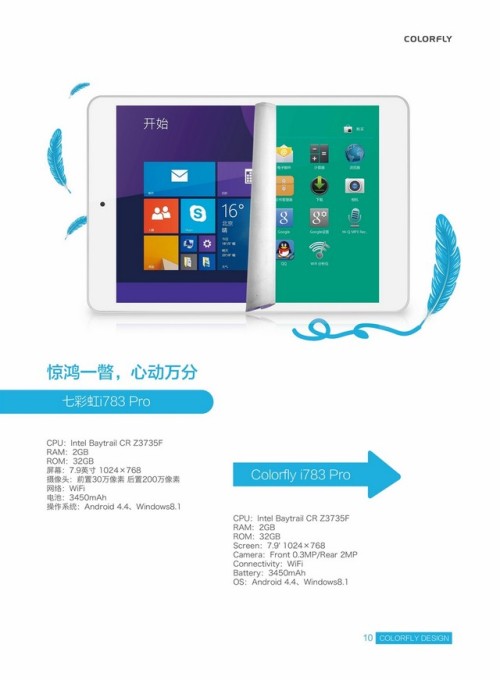