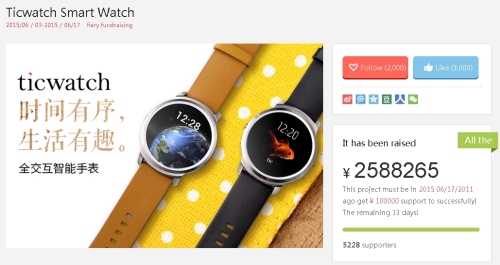 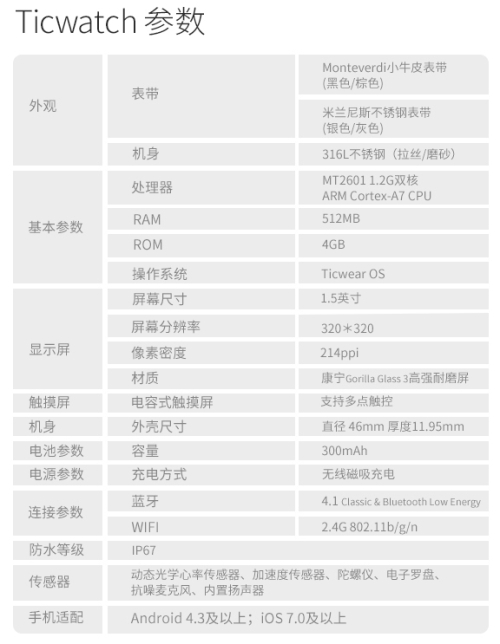 This came out of nowhere, from a company — Go Ask — I’d never heard of before.

Maddeningly, this is spread across three Weibo accounts: Go Ask (8,453 Followers), Ticwatch (1,031 Followers), and Ticwear (3,662 Followers). The small number of Weibo Followers can’t account for such a large sum being raised, so something else is going on here that never surfaced on my radar until now.

They’ve had a huge Apple-like press conference introduction over in China and their Weibos span several pages. This is much more than I can easily digest and it’ll take some time for me to review it and do a post.

In the meantime, this is the only blog anywhere with even this amount of coverage.