Quante Wright Out Of Jail

Wright must wear an electronic monitoring ankle bracelet so that federal probation officers can keep tabs on his whereabouts, Mordue ruled.

After serving six years in prison, Wright went to Bryant & Stratton, earned an associate’s degree, and got a job selling cars for Lowery Brothers Chrysler Jeep. Syracuse.com / The Post-Standard published a story about Wright’s successes on June 14. He was fired by the car dealership the next day.

END_OF_DOCUMENT_TOKEN_TO_BE_REPLACED

Over at PC Online (use Chrome browser to translate).

I’m not sure any of these — including this one — are worth more than US$19.99; or even US$9.99, on sale at Best Buy in hanging blister packs as year-end stocking stuffers. That’s probably how one or two of them will enter the American market, so be on the lookout, especially at Wal-Mart. 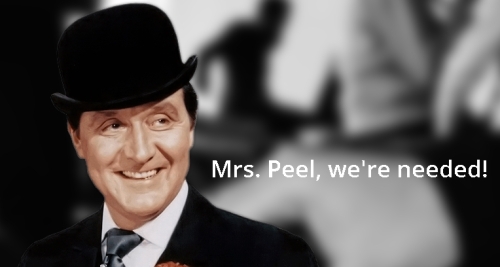 Daniel Patrick Macnee died a natural death at his home in Rancho Mirage, California, at age 93, with his family at his bedside, according to his son, Rupert.

Macnee was best known for playing the internationally recognized, charmingly elegant, quintessentially English, and slightly mysterious character of John Steed in the 1960s’ British television series, The Avengers. Patrick Macnee, along with co-stars Ian Hendry, Honor Blackman, Diana Rigg, Linda Thorson, Joanna Lumley, and Gareth Hunt, created a unique identity that has reverberated for nearly half a century. The pioneering television series aired throughout the 1960s, and The Avengers became known for its progressive approach to feminism, the female stars being more than a match for Steed…and a plethora of “diabolical master minds.” The programme was also known for its creative team’s interest in stories about cutting-edge technology,