In one swoop, Asus has killed all Chinese iPad mini clones and embarrassed the hell out of Samsung too.

This is being posted via a Samsung Galaxy Tab 3 Lite.

It was my intent to publish live from Best Buy last night.

That didn’t work out.

For some unknown reason, the WordPress site wouldn’t let me place more than the above two photos in the post. So I chose not to publish at all.

Coming back, I got caught in a downpour that delayed my return for two hours. By then, I was too damn tired to want to do anything other than sleep.

All I got to do with this tablet is run AnTuTu. The tablet was attached to a very sensitive theft alarm that would go off when I picked it up! Soooo…

Plus, although a Lenovo tablet that probably could have taken better pictures was right next to it — the Lenovo didn’t have any icon for the Camera app! So, I had to use the craptastic Samsung Galaxy Tab 3 Lite on the other side of the Asus for photos.

Also, Best Buy’s WiFi was atrocious. Anything I tried online was slower than dial-up.

Anyway, the photos from last night: 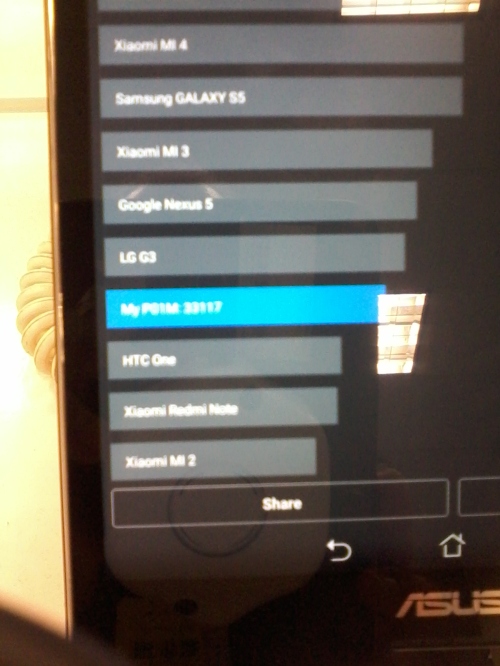 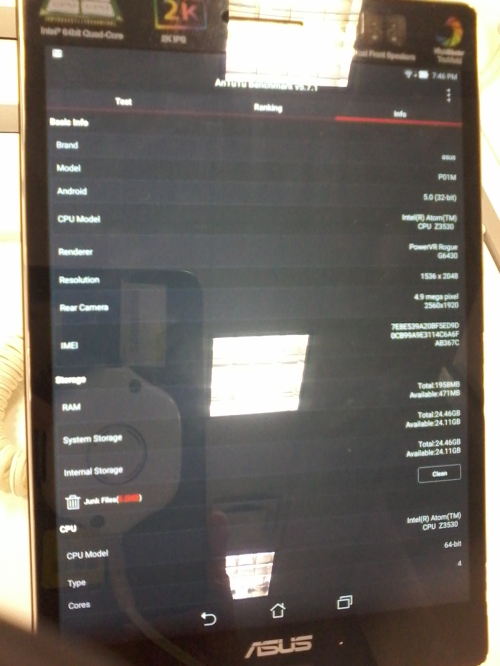 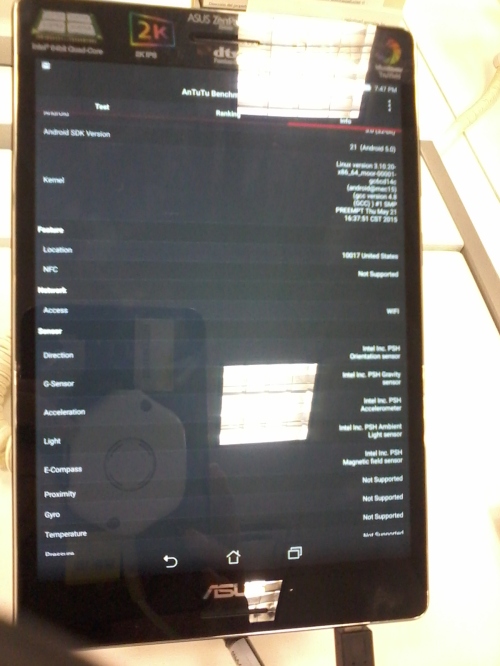 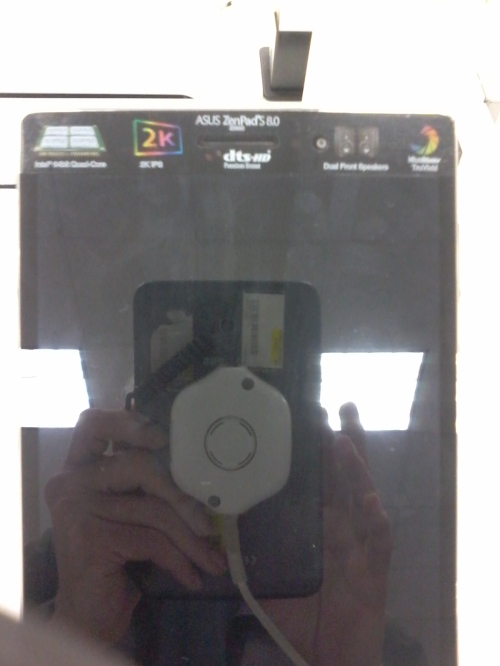 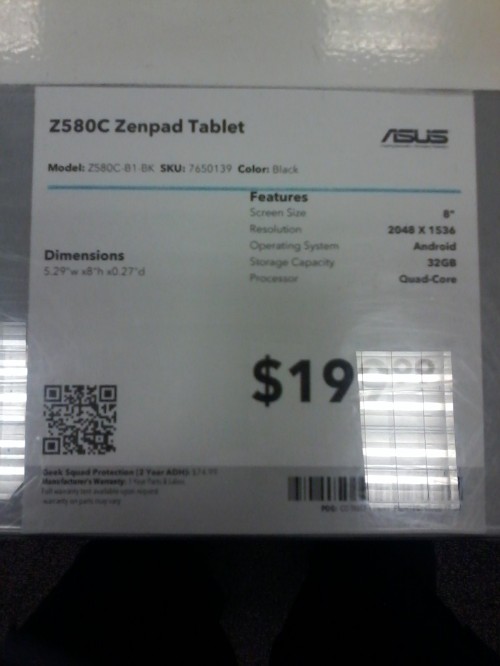 1) I have no idea why Android 5.0 is 32-bits when the CPU is 64-bits. Intel is supplying Android, probably based on AOSP — as they do for the Chinese.

2) I have no idea why only 471MBs out of 1.9GBs of RAM is available. Nothing else aside from AnTuTu was running.

3) The side photo was my lame attempt to show how thin the tablet is. It’s thiiiiin!

4) The screen is bright and sharp and rivals screens from Samsung. Colors pop like crazy.

5) I wanted to test the shit out of it but that theft alarm prevented trying anything other than AnTuTu.

With this tablet, my advice is to skip all of the iPad Mini clones with China brand names. Asus is a global brand, it can be bought in-person and from reputable online sources. Returning it for any reason won’t be a problem. Build quality will be superior. As for support, it’s unknown how much updating Asus will be offering for Android. I’d like to see the 32-bit version swapped out for the 64-bit one as a start.

Asus embarrassed the hell out of Samsung by producing a far better tablet than the Galaxy Tab A 8.0 for a lower price. Samsung is still asking US$229 for the Tab A 8.0 — which has a 1024 x 768 screen and Snapdragon 410 CPU, which yields this AnTuTu score:

Let’s review the two models from Asus again. The one in store at Best Buy is the model on the left:

As excited as I am by the model at Best Buy, the alternate model with Pen support and more powerful CPU excites me even more. When will that be released and what will its price be?

What I can say for sure is this: If the need arises for me to have a triage tablet, I’d get this Asus at Best Buy. And I wouldn’t feel like I was throwing away money. I could get some use out of it. With its 33,000-range AnTuTu score, it’s on par with many Intel-based tablets out of China.