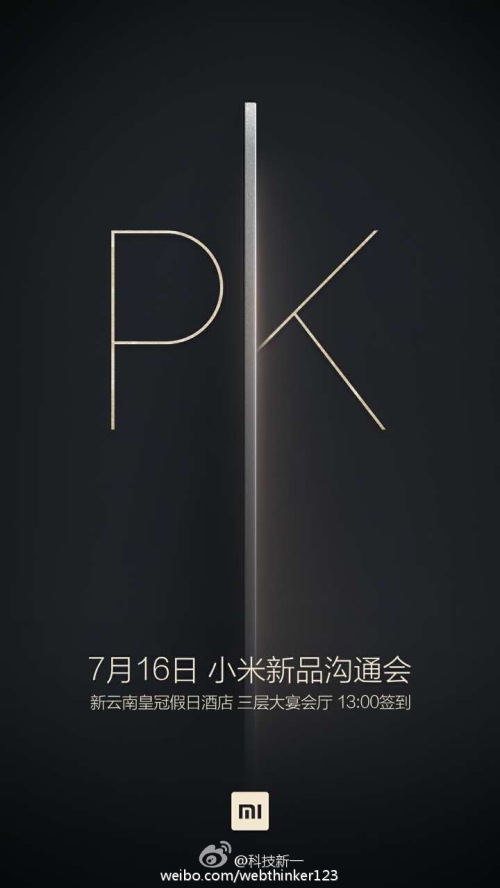 Xiaomi is, of course, being coy about what it is. And iLevon is being uncharacteristically mum (for now?). One leaker says it’s a thinner version of the Mi Note phone.

But I believe Weibo users have cracked the PK code: “Pad King.”

With a drought of China tablet news, this is a welcome sight. Let’s see if they leapfrog Asus and wound Samsung.

No mater how desirable the tablet is, don’t count on being able to get one for months. Xiaomi won’t do the kind of large production run they do for a phone. Shortages ahead.

Same-day update: A second promo image, this time from the Donovan Sung Weibo:

There could be more than one product announced on July 16.