This is the single-OS Windows 10 version of the tablet.

Over at IMP3Net [Google Translate]. 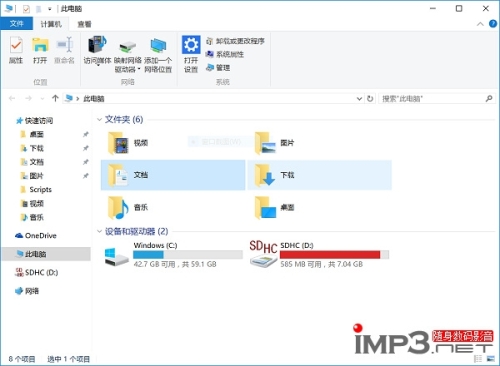 Core M with a 64GB SSD hard drive, system recovery area V919 3G retained only 300M space, about 59GB C drive free space, but the new machine the remaining free space of about 43GB, ie Windows 10 system takes up about 16GB of space, to Win 8.1 is greater than the volume.

Memory, after testing Onda V919 3G Core M using a dual-channel DDR3 1066 memory, though it is dual channel, but at lower frequencies, so the actual test results are only slightly higher than the single-channel DDR3 1600 a little bit.

IMP3Net also notes that support for screens such as the Retina-class 9.7-inch one in the Onda tablet has improved greatly over Windows 8.1.

Onda V919 3G Core M Built-in 8000mAh capacity battery, fully charged time found web browsing, video and other daily operations of nearly five hours, the overall battery life is basically satisfactory. Fever aspect, idle CPU temperature is generally 50 degrees up and down, under high load temperature is generally between 60-70 degrees, without worrying about the processor from overheating. Onda V919 3G Core M back very uniform temperature distribution, heat and not concentrated in one area, but spread out, and when working back through the measurement of high load temperature of about 41 degrees Celsius.

IMP3Net spends a lot of time on the changes in Windows 10. Who wouldn’t know those by now?

This isn’t a tablet that interests me. People who are interested should tune into TECHTablets, which is bound to offer in-depth and firsthand coverage soon.

With the Samsung Galaxy Tab S2 tablets due in stores soon, my time paying attention to Chinese tablets is nearing its end. I’ve always had a very specific need: Reading Google Books PDFs. From what I’ve seen, betting on a Chinese tablet would have been a waste of my time and money. The horsepower just wasn’t there and the longevity of the hardware was always questionable (particularly the battery).

And despite my early belief that, per the Innovator’s Dilemma, Chinese tablet companies would eventually challenge global brand names, that’s just not going to happen.

1) China firms never really broke out of China, except when picked up under other brands (iFive as Haier and Pioneer).

2) The companies damaged their reputations at home with poor quality, so not even the Chinese support them(!).

3) The tablet market itself is not what everyone expected it to be, with growth not just reaching a plateau but also shrinking for some companies.

4) The components tablets and phones are made from is a limited repertoire that makes it difficult for any one company to create a distinguishing lead product.

5) The market in America was polluted with cheap craptabs that ignoramuses bought thinking they were getting a bargain instead of seeing they were fleeced — those morons have gone back to notebooks.

The Chinese companies aren’t tablet companies. They’re electronics companies. If they can survive making TV boxes and stick computers instead of tablets, they’ll drop tablets. There’s just no commitment there. Tablets aren’t an essential business to them, as the iPad is for Apple.

So, everyone who has been coming here for Chinese tablet news will soon have to migrate to other sources because that part of this blog will come to an end.