The Insignia Flex Elite 7.85: What’s Lurking In Its Android?

Was there actually an update that was in progress that got interrupted by the Best Buy WiFi access timing out?

Notice that this connects to Rockchip, not Insignia.

Neither AnTuTu nor SmartQ showed up in the carousel card view yet they were running. I killed them from that screen.

Location Services is often a battery drain, according to what I’ve read. I didn’t check Settings to see if it was On or Off. It should probably be set to Off unless Maps or geotagging photo/video needs to be used.

The very sparse Settings in the dropdown menu:

Huh. And now I see Location was turned On!

This is a WiFi-only tablet, so why does it have Mobile Data and Mobile Network Configuration: 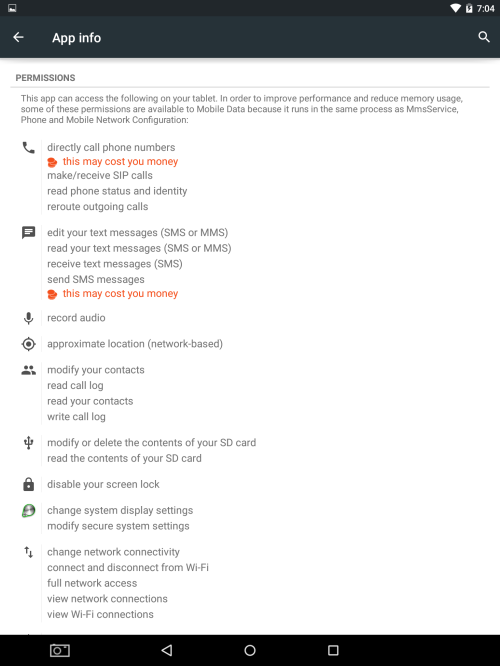 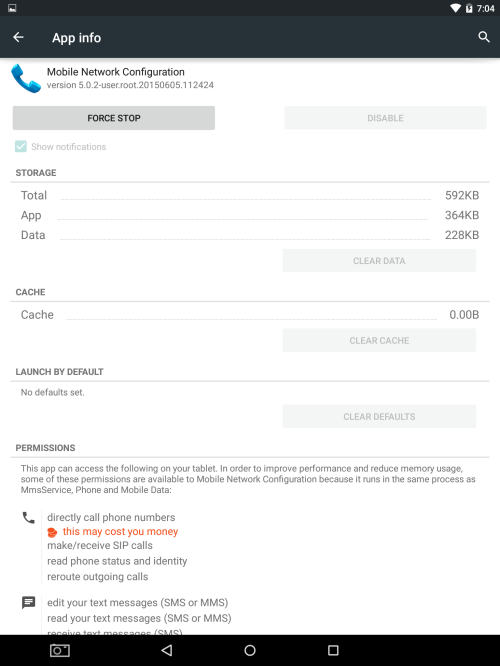 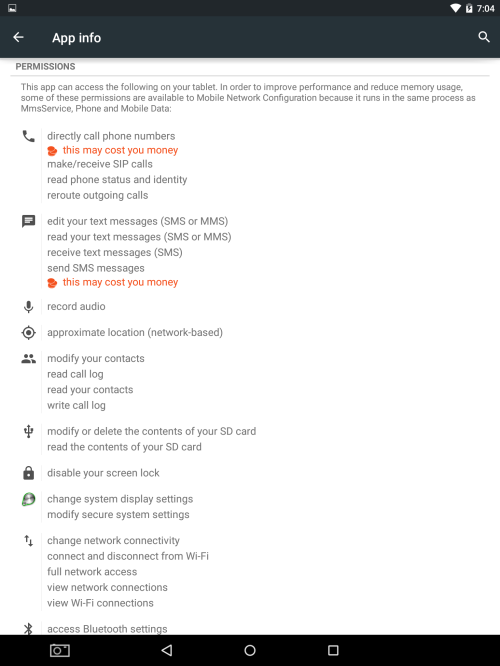 What is Phone doing as an app in a WiFi-only tablet: 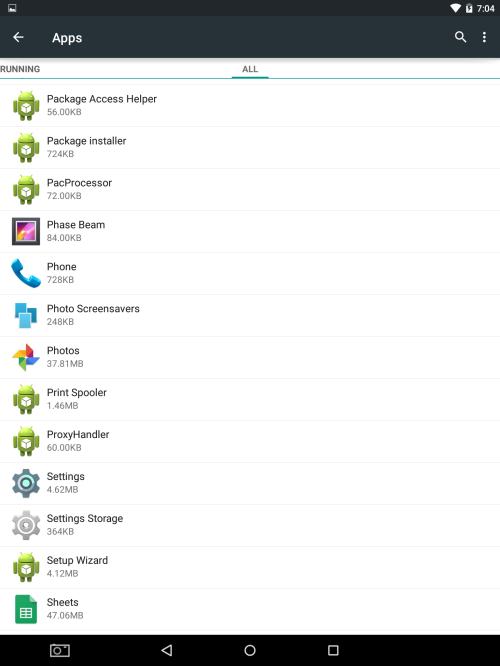 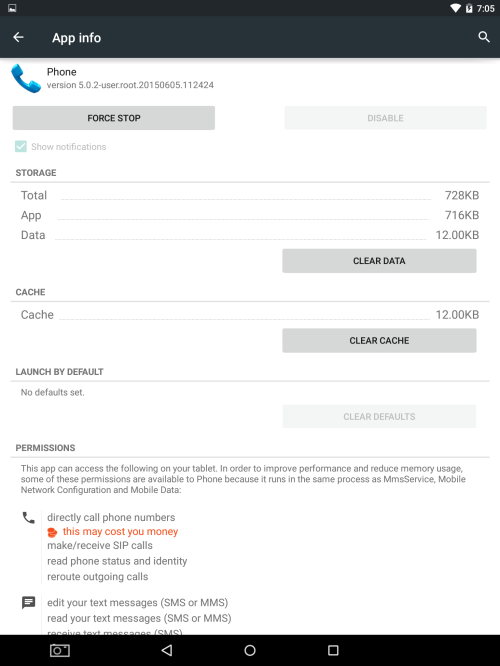 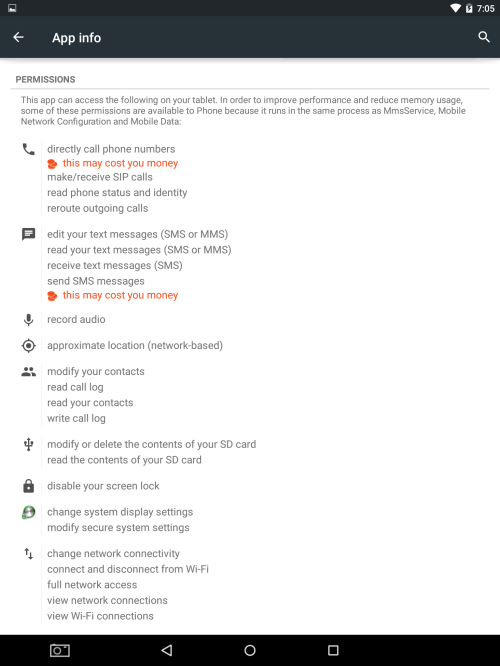 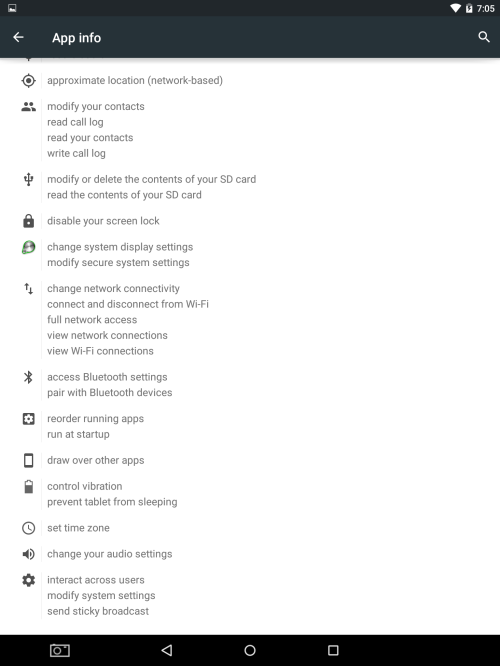 I see here there are three Update apps — one System Update and two Update: 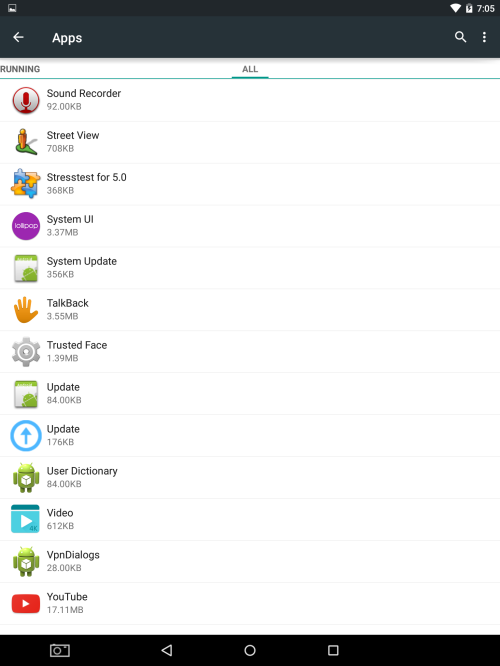 Unfortunately, I noticed the two Update apps only now, not at Best Buy, so no detail screens for them. System Update detail screen was at the start of this post.

All of my test apps and files were still on the unit. I tested the “iOS edition” of The American Magazine with SmartQ Reader again, to confirm my initial impression. It was hella fast, with absolutely zero delay in moving from page to page. I then did it in Foxit Mobile PDF again — and got the usual one-to-two (sometimes three!) second delay between page renders.

There’s still no status change at XDA Developers forum or at the ARCTablet forum. Summer doldrums?

4 responses to “The Insignia Flex Elite 7.85: What’s Lurking In Its Android?”