I didn’t know why, but for several months I’ve wanted to see this series again. 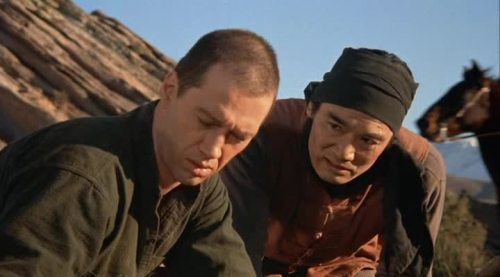 Caine: “If one’s words are no better than silence, one should keep silent.”

These days, I’m surrounded by people who any clinical psychologist would look at and order an immediate Thorazine injection, a straitjacket, and committal to a mental institution.

That was not hyperbole.

Why do people who have the emptiest and worst fucking minds open their goddammed mouths so much?

And nothing but shit spills out.

The sentiment expressed by Caine is exactly how I feel. At least these days.

Did Kung Fu take root in me and only now is blooming? Or am I just having a natural reaction to being surrounded by the worst specimens of humanity?

But for Christ’s sake, even if you’re not in doubt over what to say or when to say it, the better course of action is just to Shut The Fuck Up.

At the very least, you’ll scare the living shit out of the morons who can’t shut the fuck up.

Because like dogs that sniff one another’s ass, they can’t get a reading on you until you open your yap.

One response to “TV: Kung Fu, The Lessons”