Dan EE originally said the tablet IDed itself as the Nexus 9. I finally got curious about that and emailed him, because I didn’t see it in the About Tablet information.

It turns out I should have dug deeper. It’s in this screen: 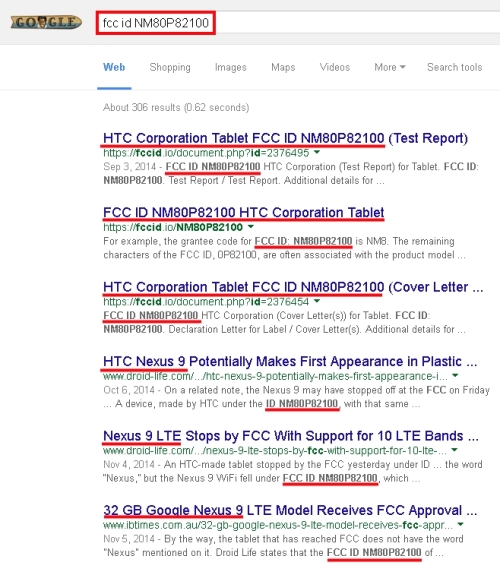 Since it’s passed through the FCC — miraculously, given the wires — I’m not sure this matters except as an example of the sloppiness one can encounter in a Chinese tech product.

I kept the tablet. I am waiting to see if there will be an update to it that may include a new bootloader. They have to fix NetFlix and claim they are working on an update. The bootloader they have is obviously a secure bootloader. The RK3288 is designed so the bootloader can’t be read. If an upgrade comes out with a new bootloader, it can be extracted. This way I can put it back to stock if I want or need to. More importantly if the unlocked bootloader that I would need to put in a ROM bricks it, I can recover it. I am convinced that the most likely way to get a ROM onto this will require disassembly and some fine solder work.

Damn, with good firmware this thing could be a great tablet for the money. The AnTuTu video test V3.0 score was 765, off the charts! The chip has a lot of power saving modes, even running off the realtime 32.768KHz clock. I am sure are not being used. The main market for this is set top boxes and tv’s where they don’t worry about standby power.

I’m still skeptical there will be any update that will include a Netflix fix, despite Insignia’s claims.

I know owners of the iFive Mini 4 had a hell of a time trying to get it rooted. None of that applies here, however, because they’re still stuck with Android 4.x and such a root probably won’t work with Android 5.x.

Plus, Five Technology seems to have abandoned that tablet already — if the company is still in business at all [Google Translate]:

Five has dropped any pretense that Android 5.x will come to the Mini 4 “soon.” The iFive Air got it, and that’s all.

I bring up the iFive Mini 4 because of the weird reference AnTuTu found to Five Technology.

Very frustrating all the way round.