I encountered this by surprise at Best Buy. Wound up using it five times at four different stores.

I did a torture test. I had fifteen tabs open, one-third of which were heavy and translated Chinese tech sites. Also Drudge Report, Techmeme, YouTube, this site, PubMed, and Weather Underground with radar animation going.

No stutters. No delays. No freezes. I was very impressed.

But then this happened …

That’s a PDF from the PubMed site.

PubMed PDF on the iPad Air 2:

Yeah, you could say it’s no fair comparing a non-Retina to a Retina screen, but something else is going on here because I did a Google Books PDF on a Samsung Chromebook and it looked like this: 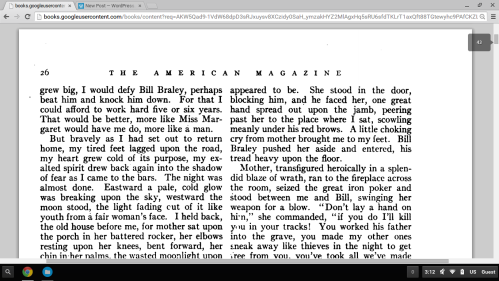 Anyway, aside from that, this is a really neat little piece of work. Quality build, sturdy, nice keyboard and good trackpad, touchscreen, and can fold over to tablet form with portrait mode screen.

Anyone thinking about Chromebooks should give this one a test drive. It doesn’t feel cheap like all of the others.