I woke up today to see this as the first tech news item. This is more exciting to me than any new iPhone announced later today: 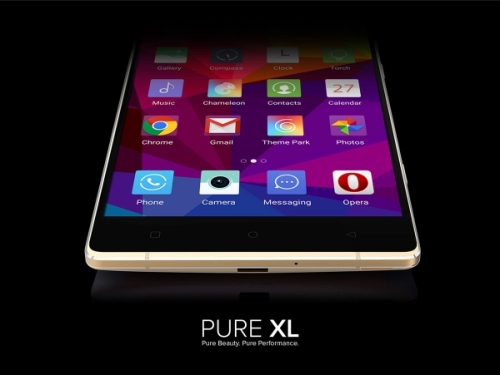 The BLU Pure XL is the first U.S. smartphone to include MediaTek’s premium Helio X10 chipset, a 64-bit True Octa-core LTE smartphone SoC designed for both extreme performance and power efficiency. The BLU Pure XL will highlight a 6.0-inch Quad HD Super AMOLED display paired with an industry leading 24 Megapixel Camera. It will go on sale exclusively on Amazon.com on September 29 at a price of $349.00, unlocked, with 4G LTE support nationwide on T-Mobile and AT&T Networks.

I mentioned this phone in prior posts:

Gionee E8 Superphone Gets A Review

That last link is one of the first reviews, which also published the AnTuTu score:

I have to admit that after doing those three posts, I forgot all about the phone. June to September is a damned long interval in Internet Time.

This is a lustworthy phone. I think I want it, but will wait for actual user reports and reviews first.