A Cranky Post About Chinese Tablets And World-Class Phones

Warning up front: I have a cold-like thing while typing this and feel miserable and probably shouldn’t be posting this.

END_OF_DOCUMENT_TOKEN_TO_BE_REPLACED

I notice the “later this year” part.

Despite this being an Android tablet, this is still not a Nexus product. You won’t see another manufacturer’s name branded on the device. This is Google’s baby. The company also targets the Pixel line at a different audience. We don’t have pricing yet, but don’t expect this to be cheap.

Any cheap-ass tablet in conjunction with Colorfly coming? Or were we all just massively hoaxed? 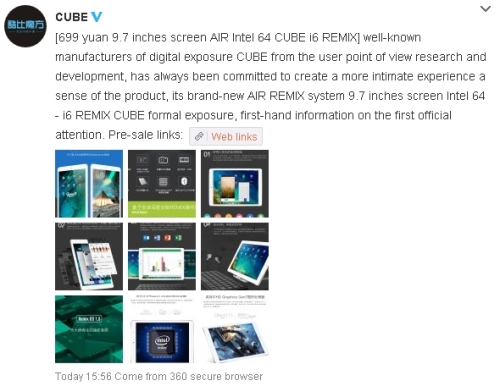 END_OF_DOCUMENT_TOKEN_TO_BE_REPLACED

Xiaomi Notebook: i5 And i7 CPU Models

Xiaomi To Do Notebook After All: Asus, Dell, And HP Yawn