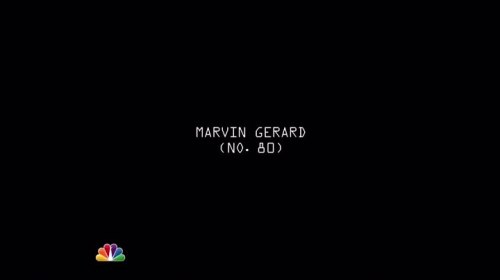 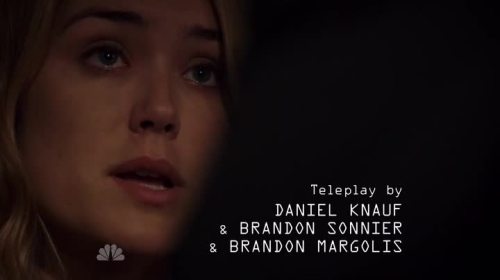 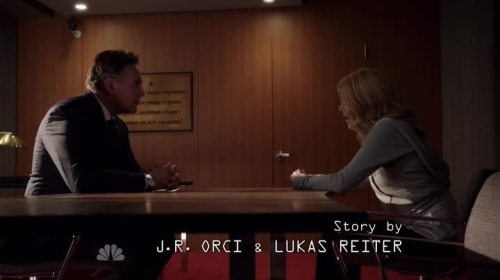 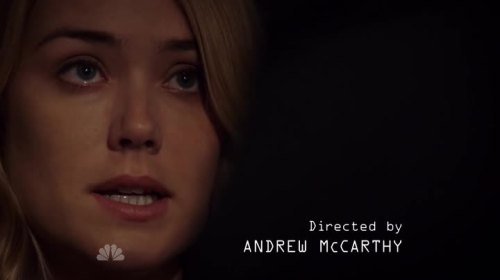 For those arithmetically impaired, that’s five — five! — fucking writers for one script. Did the guy who came up with the pecan pie bit get a credit just for that?!

Five writers, none of which had the common sense to add a line like this to Lizzie’s mouth while she was in the diner with Red:

I’m not an FSB agent, according to their Western Hemisphere spy-runner. So what the fuck is going on here, Red?

OK, they could leave out the fuck. Although if that shit had been played on me, there would have been a fuck in there!

Five writers, yet none of them got inside Lizzie’s head to give her a human reaction to being played like that.

Where the fuck is the Script Editor? The one who is supposed to catch shit like that?

I hope they’ve got this season planned out in case it’s the final one. Because the way they’ve run this train, it’s not just jumped the tracks, it’s about to fall off the goddammed trestle into the river.

Some series manage to stay alive and fresh. Some undergo accelerated aging. Two episodes into the third season, The Blacklist feels like it’s developed progeria!

At least good on them for giving us Fisher Stevens. 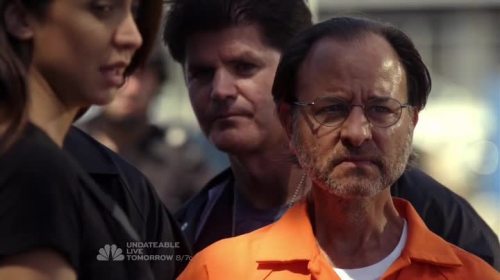 But that twist — no spoiler — at the end? Has this become a soap opera?

I’m beginning to think so.

The Blacklist: Season Three, Episode One