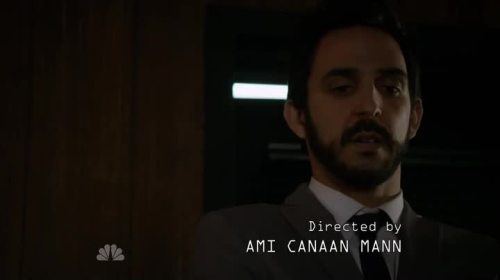 First, I must give Ryan Eggold his due: 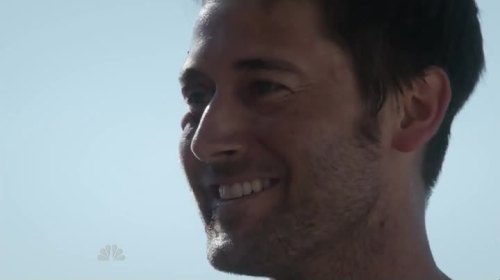 Holy shit. Not only did you believe he could pull it off, you could see that in the end he’ll stop at nothing.

OK, now the scene everyone has been — and will be for many years hence — talking about.

Red: Are you a gambling man, Crispin? 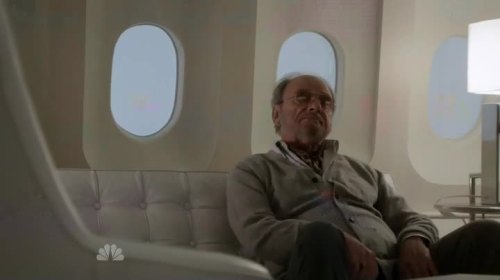 Crispin: Oh, no. I abhor casinos.

Red: Yes, well, I would agree with you there. But perhaps you’re familiar with the old saw, You can’t beat the House. No matter how many poor souls you turn into Popsicles, the fix is in. The world in which you awaken will be one incapable of sustaining human life. And why? Because of the critical tipping point: One tragically-quixotic megalomaniac cannnibalized humanity of the very minds that might have been its salvation. You see, if you were a betting man, you would understand that now trumps later, every time. The future’s a sucker’s bet. A maybe. A contingency. A what-if. The only thing that is real is the present. And you’ve plundered it. Robbed it of the very geniuses that might have averted the dystopia you so fear. Indeed, perhaps, even the very one who might have devised a means to revive your sad, tired, frozen ass. Congratulations, Crispin. You’ve doubled-down on extinction.

Crispin: Life on earth is going to end. Soon. Cryonics is our only hope.

Crispin: I’m betting it will.

Red: Ah! So you are a gambling man. Let’s place that bet, shall we?

Dave Thomas, doing the kind of little speech that evokes the spirits of Rod Serling and Paddy Chayefsky. Absolutely brilliant.

I liked this episode. And that scene was the high point of perhaps the entire series.