I’m being dragged back into China, just for this tablet — and until it’s released and in owner hands. 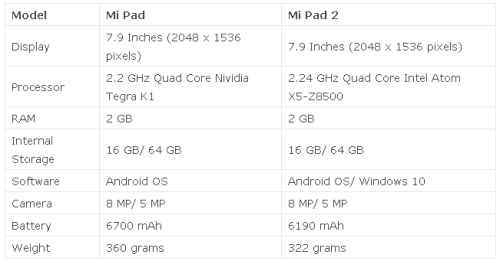 How much will the reduced battery capacity affect run time? I don’t know. Xiaomi is claiming MIUI has very good battery optimization. That could be so — but what about Windows 10?

The 16GB Android-only version will be available for sale on November 27, this Friday. The 64GB Windows 10 version will allegedly be available late December. And there are already rumors about that the version of Windows 10 on it will have unknown bits missing. Given the lack of microSD card slot, that’s unsurprising.