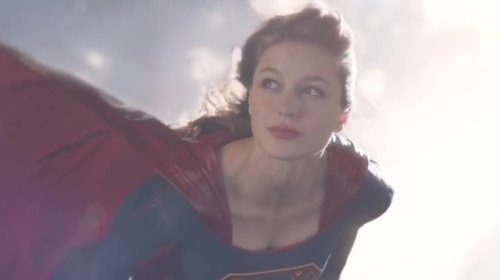 No, don’t ask me what the hell happened to episode four. I just don’t know. I go by the experts who supply these things. 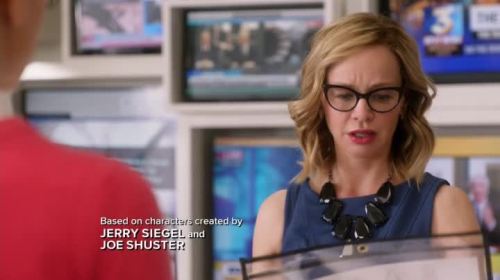 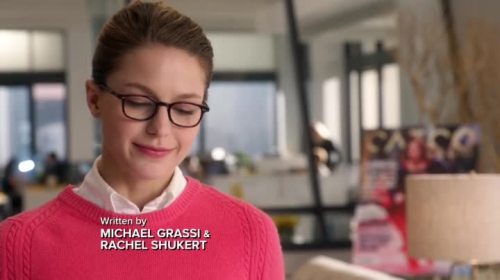 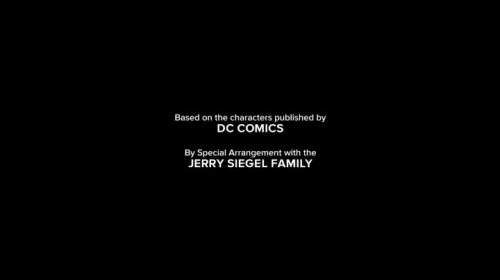 … and is a threat to the civilian population of National City.

This was very clever on several levels. First, it got us away from the Alien Of The Week idea. Second, Red Tornado would have seemed ridiculous in print but worked brilliantly on film. Third, we learned the real reason for its creation — which I don’t think would have been part of any comic book story, where the bad guys are generally just bad guys.

But let me cut to the chase: This episode was excellent. The best of the series so far and probably surpassed anything ever published by DC itself (note that I haven’t been reading Supergirl comics for decades, so keep that caveat in mind).

We got to see Cat’s mother …

… someone who could have been plucked randomly off Manhattan’s Upper East Side, she’s such a Type.

We got to see Lucy Lane’s father … 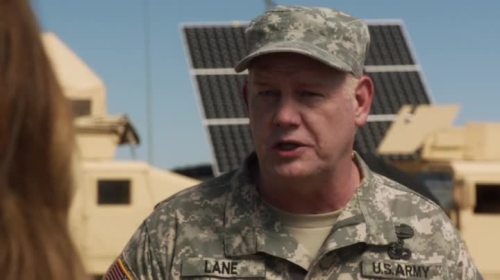 … who can be a bit of a prick but otherwise means well (most of the time).

And we saw Lucy Lane in her uniform: 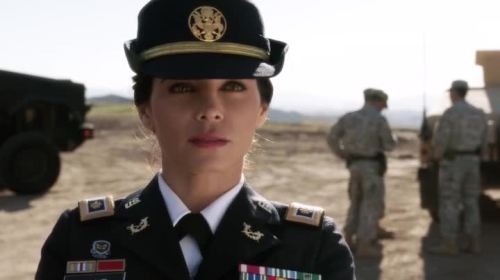 But what made this episode excellent was the emotion.

And we learn that the prejudice against aliens such as Superman and Supergirl is deeper than simple xenophobia. People fear them losing control. Like a human being.

Like these two dicks who open the episode with road rage:

Which ties in nicely later when Kara loses control and yells at Cat: 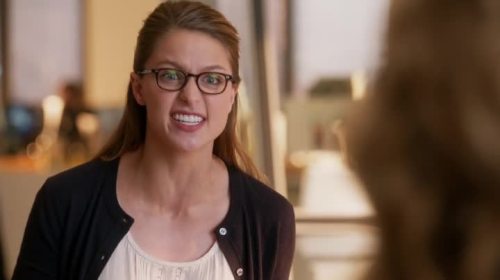 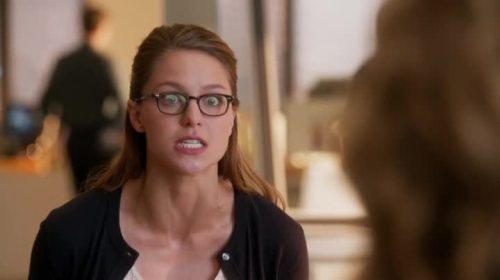 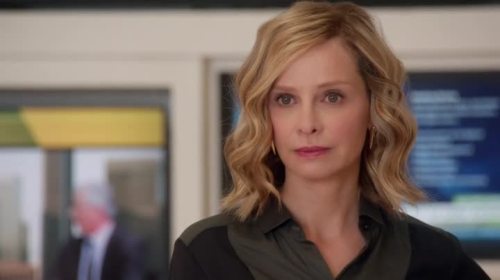 And later Cat tutors her in the fine art of suppressing Female Anger:

As if all this wasn’t enough, a bounty of chewy goodness, there were several laugh-out-loud (I did!) lines and situations that adults could appreciate. The script skillfully maneuvered between things kids and adults would love.

Really, I don’t know why the hell people are avoiding this show. Each week is like seeing a pleasant friend. It lacks meanness, cruelty, a high body count, and features some of the most appealing characters on TV. And with this script, they’ve shown that it can be given depth.

A postscript on the issue of Female Anger. I don’t know about anyone else, but I absolutely loved all these scenes in the (now-discredited) movie Zero Dark Thirty:

But perhaps they worked because she was seen as the underdog? I don’t know. And maybe I can’t see it because I’m a man.