I tried both Aldiko and FBReader.

FBReader I use on my Windows desktop because it’s fast and svelte compared to using others (which, back in the day, were the Sony Reader app, Kobo app, and — god help us all — Adobe Digital Editions). 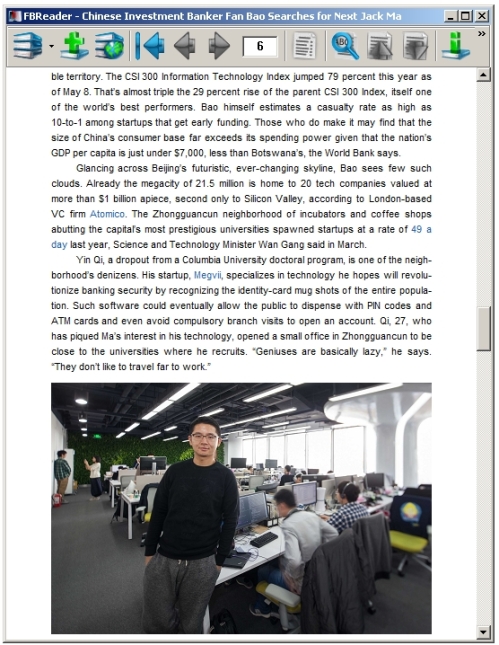 Aldiko was so slow that I became thoroughly disgusted and didn’t even waste my time with screensnaps. It’s not software I will be using.

END_OF_DOCUMENT_TOKEN_TO_BE_REPLACED

Waterstones is removing Kindles from stores

Waterstones is removing Amazon’s Kindle devices from many of it stores as sales “continue to be pitiful”.

Why is this any surprise?!

People have large phones to read on.

When — and if — they read at all something other than narcissistic IMing.

Same-day update: According to Charbax in Comments, Pixel Qi was acquired by Google:

Google bought Pixel Qi, hopefully billions of Google dollars are to be used to mass produce it. I expect Google hired other Pixel Qi engineers at Google, not only Mary Lou Jepsen and that part of what they are doing at Google is to prepare Pixel Qi technology for mass production for Android and Chromebook. It’s exactly what Pixel Qi needed to make a difference, Google money.

I think Charbax would know. He’s always been the one to get the best videos with Pixel Qi and Mary Lou Jepsen.

Pixel QI is Officially out of Business

Currently nobody knows the exact status of Pixel QI. The executive team all fled, the main phone number for their headquarters in California is out of service, as is their satellite office in Texas. None of the email address I have gained over the the last five years are working anymore. This includes their entire executive team, IT department and press office. It was a fun ride Pixel QI, you will be missed.

When eBook devices were still the Next Next Thing, Pixel Qi’s solution offered a way to save battery life by letting people have color when they needed it and low-power monochrome when only text was involved. And monochrome mode was very sunlight-friendly (color eventually was too, but not very vibrant).

END_OF_DOCUMENT_TOKEN_TO_BE_REPLACED

There’s a very long forum post evaluating various aspects of tablet screens and their suitability for long-term reading [Google English]. What’s interesting is that in all of the categories, the iPad 4 wins. However, it also mentions that for many Chinese eBooks — which are actually scans of the original paper — even a 9.7-inch tablet screen is too small. It seems some printed Chinese books — or at least the ones this guy wants to read — are large.

The same person does another forum post comparing three different tablet screens, with photos [Google English]. What’s interesting about this post is that even Google Books is mentioned (everyone who thought I was alone in my Google Books obsession: Ha!).

I’m not sure if these posts are relevant to readers of non-Asian texts but I still found them informative for bringing up issues I hadn’t considered, such as “warm” versus “cold” screens. Anyone interested in using a tablet to read PDFs might want to read these posts as an additional aid to choosing a tablet.

I found some new images of the Kyobo eReader over at a Barnes & Noble forum thread.

And there was a potted summary of comments from owners in South Korea.

END_OF_DOCUMENT_TOKEN_TO_BE_REPLACED

This didn’t appear in YouTube search results because the title is in Korean. I found it via an indirect route from Korea. That makes me wonder if there are other videos lurking in YouTube similarly hidden.

At any rate, with like six to seven seconds to open a book, the slowness is confirmed once again.

What’s also interesting is that, so far, we’ve seen only in-store fondle videos. Hasn’t anyone actually bought one yet?

Every day I search for news about the Kyobo eReader.

The silence has been deafening and inexplicable.

South Koreans usually like to show off the tech they’ve bought in blog posts and on YouTube. This hasn’t been the case with the Kyobo eReader so far.

But I did manage to find some new images from Korea via Google Korea search.

END_OF_DOCUMENT_TOKEN_TO_BE_REPLACED

Here’s a strange photo I just came across in Flickr today. This is possibly the first sighting of a production tablet with a Pixel Qi screen in America. All other ones have been demo models shown in overseas trade shows. I don’t know who makes this tablet.

Reading an archive.org book in full sun (next to fog) on a Pixel Qi tablet, originally uploaded by mangtronix.

This photo was taken on October 31, 2011 in Outer Richmond, San Francisco, CA, US, using an Apple iPhone 4.

Two more YouTube videos have appeared and it’s clear that when it comes to handling eBooks — the very reason for its existence! — the KYOBO eReader is not fast at all.

Just look at how many eBooks are tried and how very, very, verrrrrry long they take to load and open: