Scroll down in the Comments for this:

Apparently I got Graffiti Pro from Amazon awhile ago and never tested. I loaded it onto the Sony but it just shows up as a black box. About the only thing that works is the period….

The AnySoftKeyboard works well on the Sony, not sure why Graffiti doesn’t.

Well, that kills my hope for that!

Does Graffiti For Android Work On Nook Touch?

And no, it doesn’t work on the Nook Touch because it can’t be selected as an alternate keyboard to begin with.

I went to Best Buy this morning to see if they had the new Sony Reader WiFi to fondle.

When I turned the corner to the eBook device display, I was hit by this: 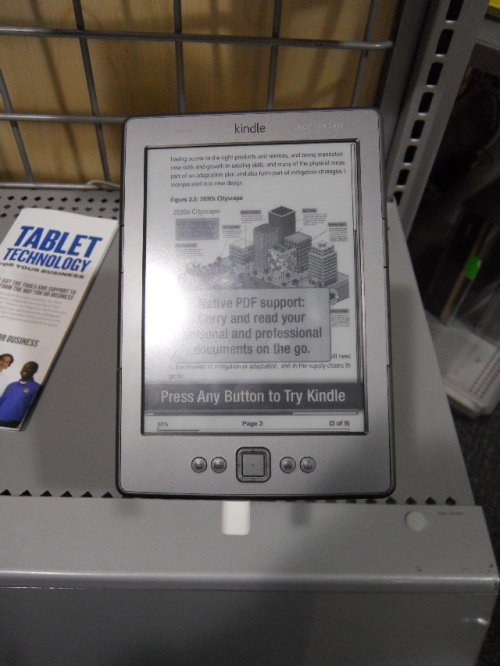 END_OF_DOCUMENT_TOKEN_TO_BE_REPLACED

Adobe’s ePub DRM Has A Problem

After reporting that the new Sony Reader WiFi has been reported to download from the Kobo Books store too, Jane Litte of Dear Author picked one up and did some tests along with Hadrien Gardeur of Feedbooks.

Jane cannot download DRMed ePubs from the Feedbooks Store or Google eBookstore. (Note those are the DRMed for-pay eBooks at Feedbooks. not the DRM-free free ones! The free ones download fine. So do the free ones from Google Books.)

Jane cannot even sign into Books on Board because the website seems to use a popup for logging in.

Jane also cannot download anything at all from Barnes & Noble because their cloggy website crashes the browser (no surprise, really). Sideloaded Nookbooks will not open — meaning Sony again didn’t choose to license the mutation of Adobe DRM only Barnes & Noble uses.

But what’s going on here?

If Kobo’s Adobe DRMed ePubs work, why won’t those from Feedbooks and Google eBookstore?

This is supposed to be a “standard” DRM!

Meanwhile, over at Mobileread, Sony Reader WiFi owners are also reporting problems with Adobe Digital Editions (this is also no surprise, really).

Well, this is a very, very surprising development:

I picked up a T1 at Target yesterday. I was able to download a DRM’ed EPUB from my dropbox account successfully. I was also able to login to my Kobo account and download a book! The library book download process also worked smoothly. They go into a downloads folder. They auto-load right into your booklist.

Amazon Kindle = buy from Kindle Store only on device.

Barnes & Noble Nook = buy from B&N only on device.

Kobo eReader = buy from Kobo only on device.

Sony Reader WiFi = buy from Sony or Kobo on device.

And since Kobo works, it might work for any other bookstore that sells Adobe DRMed ePub, such as Feedbooks.

Now, if we can also get it rooted too…

Now I wonder if Sony went further, including the mutant Adobe DRM that Barnes & Noble uses. This would let people also buy ePubs from Barnes & Noble too — on the device.

Now, can it be rooted?

It’d be a superior eInk sorta-tablet than the Nook Touch has been.

1) It has buttons. Don’t tell me you hate buttons. People using the Nook Touch have to install Button Savior for virtual buttons. And it can be an aggravating experience both to install and to use.

2) It has more than English-language. This is important for having the Android OS hooks to support alternate keyboards. Alternate keyboards cannot be used on the Nook Touch via popup menu selection due to being English-only. This also means installing and using Graffiti is highly likely.

3) Hardware-wise, the Sony Reader is also narrower, so should fit easier into a pocket:

Now everyone waits to see if an Android hacker buys one and investigates rooting.

Whoops! I forgot something very important:

4) Only the Sony Reader WiFi has a multitouch screen. The Nook Touch does not.

END_OF_DOCUMENT_TOKEN_TO_BE_REPLACED

Amazon’s Kindle Is The Sony Librie

The Real Secret Of Kindle’s Success

Jeff Bezos first saw the Librie being demonstrated by E Ink at a conference in 2004. “Uh-oh,” he said, “This is a machine that could destroy my business.” He ordered 30 Libries for his staffers to play with. Soon he was talking to E Ink about building his own e-reader, a bizarre hardware project for an online bookseller to tackle. Bezos assigned his right-hand man, Steve Kessel, to set up Lab 126 in Silicon Valley, far from Amazon’s Seattle headquarters, to make it real.

So that’s why the Kindle is so much like Sony’s Librie! 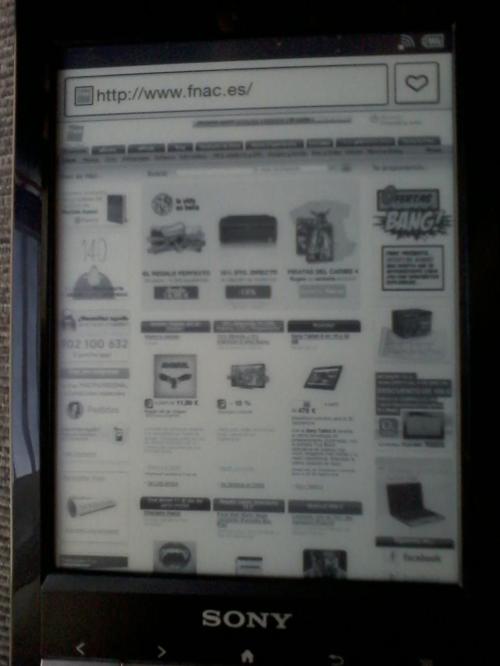 Taken from this discussion forum in Spanish.

Interesting Twitter exchange I had today with @hadrien, who runs Feedbooks:

END_OF_DOCUMENT_TOKEN_TO_BE_REPLACED 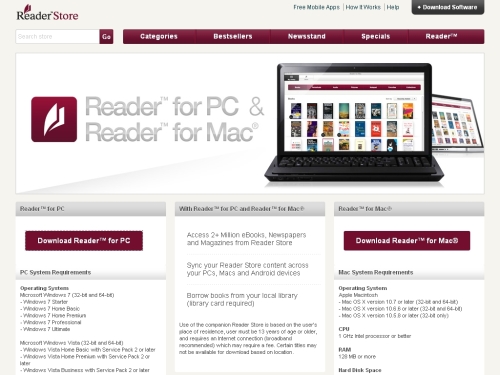 Despite the System Requirement of Windows XP SP3, I took a chance and downloaded and installed the new Reader for PC software anyway.