Somehow this one has been sitting on YouTube for a week and I missed it!

This is just a quick video of me using a rooted Nook Simple Touch for 6 minutes. I show off the Amazon Kindle app, the Kobo app, the Overdrive Library app, Mango Manga reader, and Aldiko with both an ePub and a PDF.

END_OF_DOCUMENT_TOKEN_TO_BE_REPLACED

Really. This gets a standing ovation from me.

With a bunch of announcements happening soon, I thought I’d republish this with some updating.

This is in no order at all. Stream of memory dredging list.

I’m not even including things already announced that haven’t yet appeared on stores shelves, like the Samsung Galaxy WiFi 5.0 (which might never, given Apple’s legal actions against Samsung). Update: Now scheduled to arrive October 16th.

I’m also not including second-tier shit no one is interested in: Archos, Coby, Cruz, Pandigital. Those are just made for landfills, not people.

The Nokia N9 isn’t listed because Nokia is delusional and thinks Windows Phone has a future. Windows Phone will follow in the glorious successful footsteps of Microsft’s Kin phone (that is bitter sarcasm, if you don’t know) — and I won’t even list one of those. Waste of pixels.

Update: The N9 is now released. But not coming to the USA.

N9 is shipping now. I have failed.

I had a bout of insanity last night and went looking through Google Books to see if there ever was a Life magazine cover like the one shown in the Pan Am TV series: 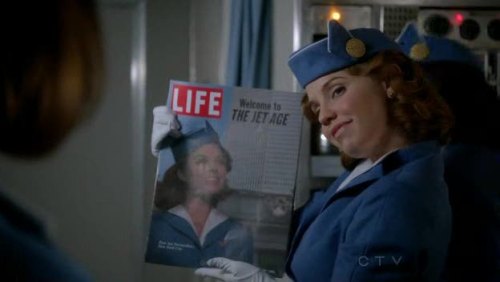