In a Weibo communique:

# # Taipower P98 Air upcoming eight-core! Which uses a new mold! Redesigned two-tone flat side of the chamber, placed on both sides of the fuselage bottom of the metal frame, the layout is more reasonable level home use can also bring thick full sound performance!

They’re doing the flat slabby design of the P90HD, except the speakers are on the bottom edge.

More About Flashing The Teclast X98 3G To Windows 8.1

cngadget has instructions in English.

But I also found a forum thread at ZOL that has lots of images that might also be helpful [Google Translate].

What’s also interesting is that I found a Youku video following the above process. I’ve ripped it and cross-posted it to YouTube.

END_OF_DOCUMENT_TOKEN_TO_BE_REPLACED

about new tablet’s specificantions and performance in general, I’ve seen that tablets equipped with Intel BayTrail-T Z3745D (as the new Teclast X98 3G) are even FASTER (and a lot cheaper) than Pipo P1. See 3D mark results for example.

BayTrail are built at 22nm, RK3288 at 28nm. So Intel CPU’s could probably drain less power.

For the reasons above I think Intel CPUs now are better solution than RK3288. And for the bad support of Pipo, I think that switch to another brand could be good too.

I’m just going to leave this here as one of those things that make me go, Hmmmm….

Feel free to agree or rebut in Comments, however.

Filed under Other Hardware, Reference

I couldn’t let it go and kept thinking about that new Rosa tablet in Vietnam.

END_OF_DOCUMENT_TOKEN_TO_BE_REPLACED

Thanks to Cody in Comments, the Tmall listing [Google Translate limited]. 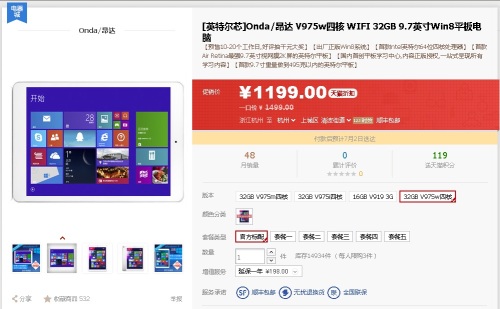 END_OF_DOCUMENT_TOKEN_TO_BE_REPLACED

WiFi is turned on, play online video, “Detective Conan” (SD), Shuffle
Volume is set to 30%, with headphones
Adjust the screen brightness to 20% 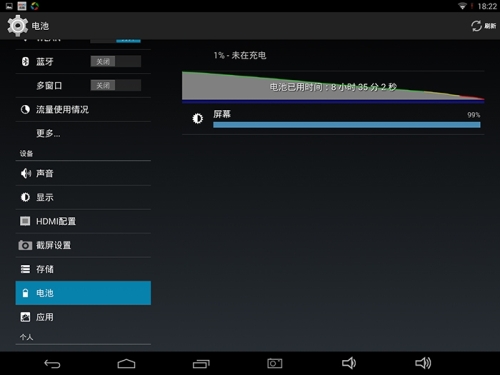 Via a Weibo communique: 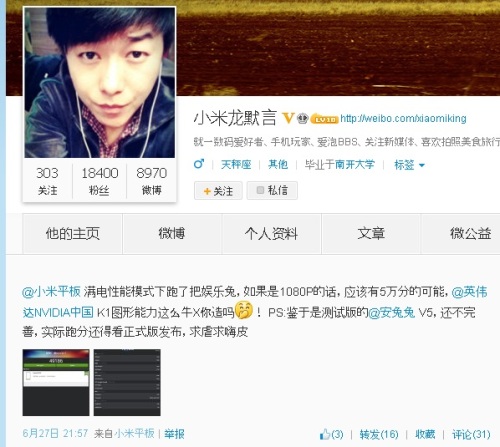 END_OF_DOCUMENT_TOKEN_TO_BE_REPLACED

None of the Chinese tech press chose to carry the Onda announcement in the same-day news cycle. All of them will probably run their accounts tomorrow. This means there’s hardly any useful information today.

cngadget has a post about the new 4G Onda V819: Onda V819 4G “World’s cheapest 4G tablet” announced. This is the important info for people outside of China:

The supported 4G bands have not been revealed yet, but being advertised as a TD-LTE model it may not be compatible with US carriers but could be working in some EU countries.

Over at Tabletorium, Edward Weinert has managed to register at Weibo and has several of the large images from Onda available through that service [Google Translate]. I’ve cloned some of these below.

I’d just like to briefly point out four things.

END_OF_DOCUMENT_TOKEN_TO_BE_REPLACED

And so it all ends.

All the spoilers after the break.

END_OF_DOCUMENT_TOKEN_TO_BE_REPLACED

The Small Tablet Market Is Doomed?

This is very odd.

Two opinion pieces appearing at PadNews on the same day that seem to reinforce one another.

The first argues that the smartphone is taking the place of small tablets, so small tablets are unprofitable and manufacturers are moving to large — ten-inch and above — tablets [Google Translate]:

The report opens by using the World Cup as an example of this shift, with a large number of people reporting they used a smartphone to watch it — or keep up with it — instead of a tablet. They claim the smartphone is the real “second screen” (the first being a TV), not a tablet.