Two updates after the break. 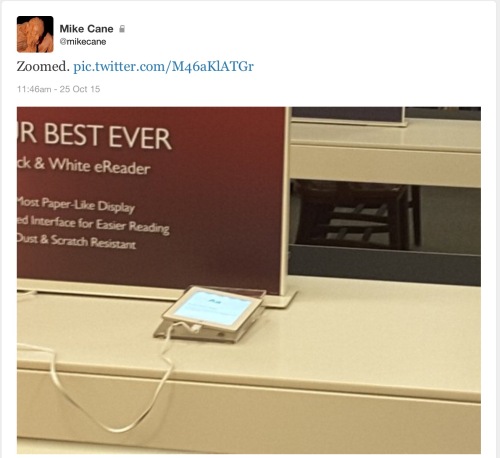 In the two hours or so since that unimpressive fondle, I’ve become crazy-curious about it as an eInk tablet (not for Google Books).

They’re already on the case over at XDA Developers: 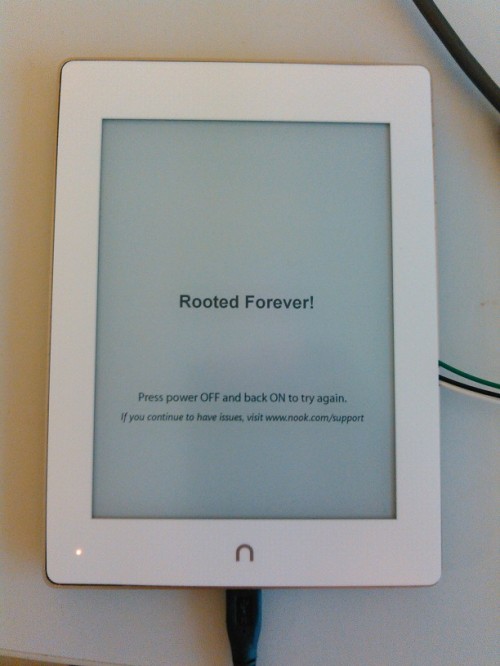 That picture is from Renate, who previously had a super Nook Touch.

This could be very, very interesting.

I will try to keep up on it.

Meanwhile, this was done on an iPad Air 2 at the Apple Store. That’s how things roll around this joint.

Same-day update: Now at Best Buy on Asus Chromebook Flip. I be very surprised if the new Nook Glowlight Plus couldn’t do Google Books PDFs. SmartQ Reader has been shown to work very well on low-end hardware, which is what it was originally designed to work on. I’ĺl tell you, between spending US$129 on the Insignia Flex Elite 7.85 or the Nook Glowlight Plus to turn into a tablet, I go for the damn Nook. Because of that eInk screen, for reading. But tha’s probably just me.

Second same-day update: Different Best Buy and different Asus Chromebook Flip. Fixing typos the first one created. Also, that should be “eInk” in the first tweet, not “sink.” Damn you, iPad Air autocorrect! Have played with the new Nook some more. Tried a sample of a graphic novel — Chosen — and it was a godawful experience. Microscopic panels. Had to tap on each one to enlarge — then they were blurry. But once embiggened, they could be pinch-zoomed, which invoked a lot of eInk refresh! Anyway, I’m very, very curious about this as a tablet. What would the battery life be like? I expect Renate will give us all a full report this week, Meanwhile:

I wonder about that small amount of RAM. It took a hell of long time to open the sample of that graphic novel!