People Are Having Trouble Charging Their New iPads

The issue stands up to basic common sense: If the new iPad has the same battery life as the older models, but needs a 70 percent larger battery to achieve that, it’s got to suck more juice. Maybe more than the old charger can put out. And while it might be questionable to have a mobile product that doesn’t charge when connected to some computers, it’s outright dumb to ship the iPad with a wall charger that can’t keep up with its power needs. As one MacRumors commenter notes: “The Air uses a charger that is 4 times larger for a battery of near equal size.”

END_OF_DOCUMENT_TOKEN_TO_BE_REPLACED

We’ll Always Have Print. No. Wait. We Won’t!

The print fetishists are getting another kick in the butt from The Future.

I’m told that newsstand accounts no longer being serviced by older methods are being turned into direct market Diamond accounts with Marvel’s assistance and any account looking to order comics can contact Diamond.

END_OF_DOCUMENT_TOKEN_TO_BE_REPLACED

The Internet Vs. TV

The transformation is also evident in the economics of the business. On Fox News, Mr. Beck averaged 2.2 million daily viewers and was paid $2.5 million a year. GBTV, which jumped on the scene in September, is expected to bring in at least $40 million in revenue this year, supported by advertising and more than 300,000 subscribers paying as much as $9.95 a month for full access to GBTV, according to a person close to the company. While it is significantly smaller than his audience at Fox News, it’s still more than an established network like CNBC, which drew an average of 189,000 viewers over the course of the total day in February, according to Nielsen.

I can’t decide if this is revolutionary or delusional.

The thing is, let’s say everyone else like Beck jumps from TV to the Net. And each one wants $9.95 per month for access.

That will quickly add up to much more than what people were paying for cable when those people were simply included in the mix.

And you know what a troublemaker I am. I wonder how many more subscribers he’d get if he was charging just one dollar per month.

I don’t know the mechanics of watching his GBTV (I have no interest in it other than as an academic exercise here). Can it be viewed on an iPad? Then why charge $9.95 if $1.00 will get more people? It seems to me that making $40M a year is better when you can say you have forty million viewers instead of only three-hundred thousand.

First there was Louis CK. And now:

What no one is picking up on is that Louis CK and now this guy (I’m so far out of the popcult loop I don’t know who he is) have set up their own sites to do this. They aren’t going through an Apple, or Amazon, or Google, or YouTube, or anyone else.

So isn’t it a tragedy that writers have to submit to one of those behemoths and risk being rejected for reasons of “obscenity” or “language” or any bad mood of someone in power?

PDF-Mags.com is a site that spreads the word about free design and art magazines done in PDF format. The iPad has made PDFs live up to the “P” — portable. And on the new iPad’s Retina Display, these should be absolutely stunning.

One thing. See where I’ve circled in red below?

That tiny target is the link to go to each magazine’s website. So pinch-out to zoom or you’ll go mad. It was difficult enough seeing that on my desktop screen.

I Cannot Stop Thinking About The New iPad (3) 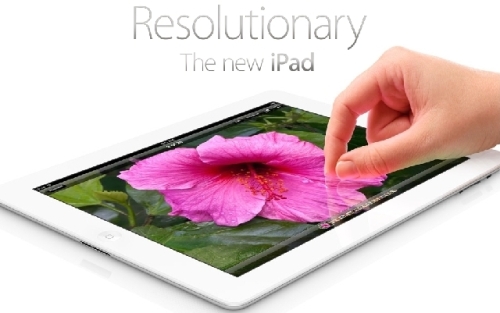 I haven’t seen it for three days now, yet it has stuck in my mind.

I’m beginning to think that screen alone is as revolutionary as the original Macintosh.