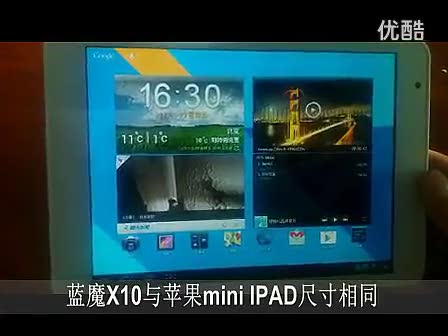 This was cross-posted from Youku to YouTube two days ago. It slipped by me until now.

Now the video, after the break.

It’s all in Chinese but still worth a look. There’s an overview of the specs, then a demo of the included Office software opening sample files, and finally a racing game demo.

It looked a bit sluggish to me opening the Office files. This was supposed to be an A9 CPU, but it’s really a slower A5. That and a possible storage throughput bottleneck could account for that sluggishness. Overall, however, I am not impressed by it.

Update, Thursday April 11, 2013: There is a rumor that next week at a Hong Kong trade show Ramos will show an updated version of this tablet with a Samsung Exynos 4412 quad-core CPU.

Update, Sunday April 14, 2013: I should have done this update earlier. The Onda V818 turns out to be not much better: Video: iPad Mini Clone Onda V818