Let’s get the disappointment out of the way first.

There is an i8 tablet — but it’s not an iPad Mini clone or a K-series-styled tablet.

In fact, they’re marketing it against the iPad Mini and all clones:

It all becomes downright screwy because Ramos’ new i10 tablet is styled like their K-series: 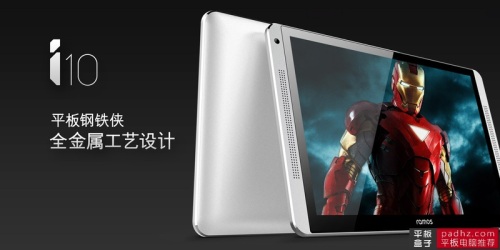 Go figure that one out!

To make the injury worse, the i8 has just 1GB of RAM while all the other i-series tablets have 2GBs!

Keen to allay fears of Intel and Android compatibility problems, Ramos claims they have tested the Top 5,000 Android apps: 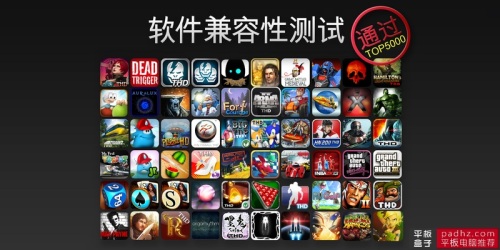 Since all of the icons above are for games, that doesn’t exactly make me confident about productivity apps — although it could be those are the ones that will run without problems, unlike games.

Ramos again stated its intention is to break away from the pack of other small manufacturers and to concentrate on quality. They also highlight how thirty-percent of their staff are dedicated to R&D — but how do you reconcile that to, um, “borrowing” the design of the HTC One for some of their tablets?

It also doesn’t help Ramos’ case when they tout what might be a fraudulent AnTuTu score for the A31s in their K1 tablet.

I’d still like to see Ramos offer a K-series-styled 7.85-inch screen tablet with either a Rockchip 3188 CPU or Intel Atom — with 2GBs of RAM. But that doesn’t look like it’s ever going to happen. Maybe HTC will finally crack and release such a tablet.

Update September 14 2013: PC Pop now has a slideshow with close-up photos of all the i-series tablets.