It’s time to get real.

Previously I’ve used Success: A Novel (catch up here) as my Google Books test PDF. Most mainstream devices can now do that. So it’s time to up the ante to the full Monty of what I need a device to do.

I wanted to use the same PDF but problems erupted. I had to use a different issue of The American Magazine. The one in those first two tests was 203MBs. The one in these tests is a whopping 290MBs. How’s that for going nuclear?

I will repeat this introduction on all four posts in this series since I doubt people will read all of them.

Now onto the iPad 4 with Retina Display.

Here it is open in Mobile Safari: 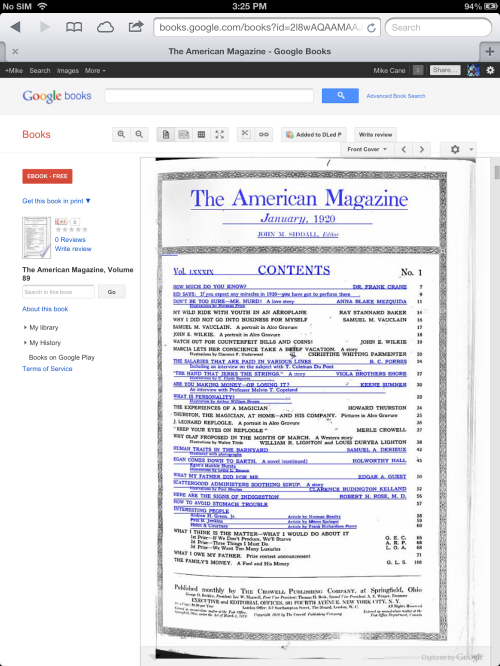 Under the Gear icon is Download PDF. Which I selected and behold, the damn Google Books CAPTCHA, which I always have to zoom into to use:

And I hate the fact that iOS does an Initial Cap when I type into that field. I always have to type the first letter twice then go back and delete it. That sucks.

The download is in progress, with the screen going black (explained in the iPad Mini test):

And here something worked slightly differently when the download completed. This stupid gray fake linen screen stayed there long enough for me to get a screensnap:

And then, huzzah!, I got the two buttons. But no matter how many times I tapped on Open in iBooks, nothing happened! Hence my hitting the second button and getting this balloon:

Why would I choose Evernote? I don’t plan to ever get or use it. I want iBooks. Tap tap tap and nothing!

The PDF shelf in iBooks shows just that in terms of the American Magazine PDF — nothing:

Some of you out there might think this is an unfair test because I wasn’t using software designed for PDFs. Too bad. I can’t use special PDF software on an iPad or any other device in a store. And I’m not going to buy devices to test and then return them. That’s unfair to the seller. This is what demo models are for — and posts like this so people can try it for themselves with PDF software and report in Comments (hint hint).

My overall point now with these Death Match posts is this: Tablet makers are using games as the benchmark of how muscular their devices are. That is nothing but bullshit. GPUs can always be added to get things going. It’s these massive Google Books PDFs that really show what a device can do.

For the sake of completists, I called up some pages in Mobile Safari that appeared in the Nook HD+ test and that will also appear in the next test, with the Samsung Galaxy Note 8.0: 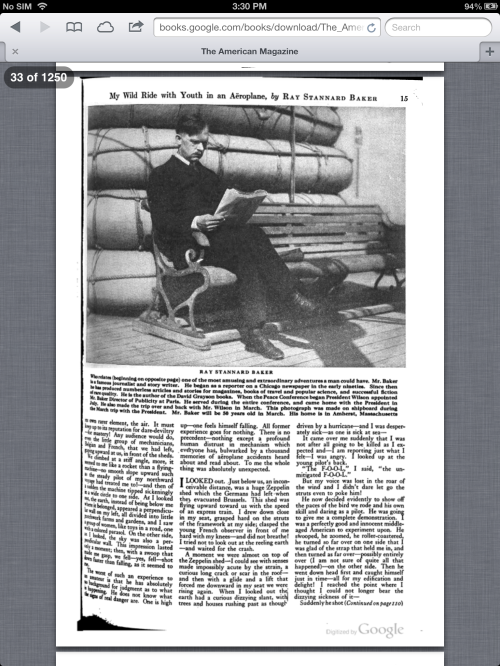 And to repeat from the iPad Mini test:

What kind of FAIL is that? If a crappy and slow Nook HD+ can download it and at least try to display it, what does that say?

To me it says that Android has a real chance to kick Apple’s ass just as Windows kicked Apple’s ass back in the day. Apple is already in deep shit and doesn’t even know it.

I am so glad I was never able to get the iPad 4. I would have been exactly what Bill Gates was talking about yesterday:

The final post in this series is this test done on the Samsung Galaxy Tab 8.0 Could it possibly succeed where the iPad Mini and iPad 4 failed?