Onda has a ton of Weibos about their Android 5.0 upgrade. I’m not running all of them because all they do is reiterate the features of Android 5.0 everyone reading this blog already knows. So let’s just cut to the chase.

First, Onda again illustrates why I always say never buy first. This beta release can be used only by owners of Versions 3 and 4 of the Onda V989! Owners of early iterations 1 and 2 have to wait.

Second, the link goes to Baidu for a 369MB ZIP download.

Third, the caution about games is probably due to the switch from Dalvik to ART. Since I have no interest in games, I can’t say if users of the Nexus 6 and 9 also experience this problem or how pervasive it might be.

Fourth, there’s a Weibo topic page (use Chrome) but not much additional information in it.

And it uses a different Allwinner CPU. 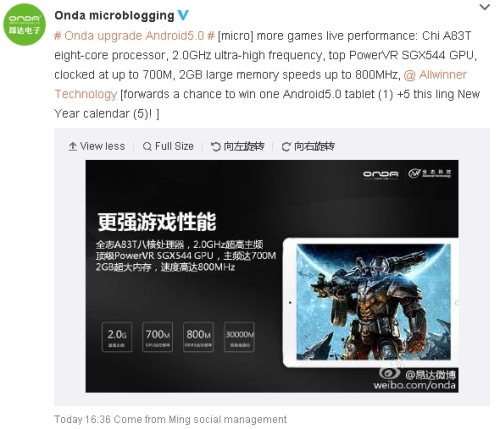 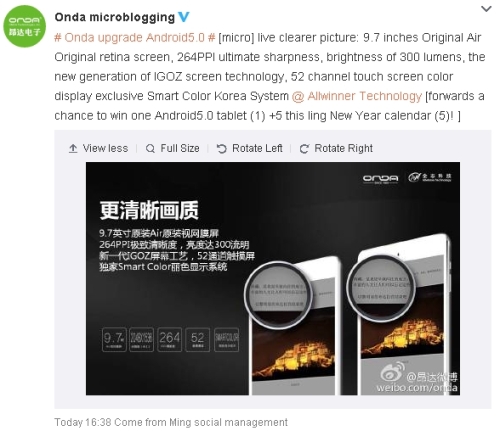 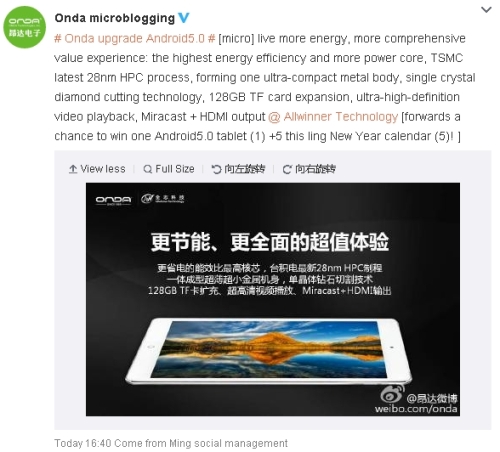 It sounds like they’re taking the V919 Air 3G and giving it new guts while subtracting the 3G.

As far as I know, this will be the first tablet using the new Allwinner A83T, announced in September 2014. Commenters at that post weren’t impressed by it, so this isn’t a tablet I’ll pay further attention to.