See The Man In The High Castle Pilot, Free

END_OF_DOCUMENT_TOKEN_TO_BE_REPLACED

Windows + Android: So China Did It Right First

According to a former Microsoft employee, the biggest priority for Microsoft this time around is to “stop the leakage” and prevent Android and iOS users from completely abandoning Microsoft’s operating system. Apparently, this has led Microsoft to discuss whether or not Android apps should be allowed to run on Windows Phones.

At Microsoft's Windows 10 consumer event on January 21st I firmly believe it needs to announce one thing: Android app support.

Which I covered in When Translation Goes Wrong

I wonder what Hendrickson, who has experienced Android + Windows on at least two tablets, thinks of this move?

And since Windows 10 is a unified system, what’s to prevent the same Android + Windows scheme on Windows tablets, as with China?

Over at the OKQI vendor Teclast itself points to at their English-language site.

Is anyone still interested in buying this, post-Nexus 9? If so, it’s here.

I haven’t been checking the site regularly, so I don’t know when it appeared.

Over at the IMP3Net forum [Google Translate].

END_OF_DOCUMENT_TOKEN_TO_BE_REPLACED 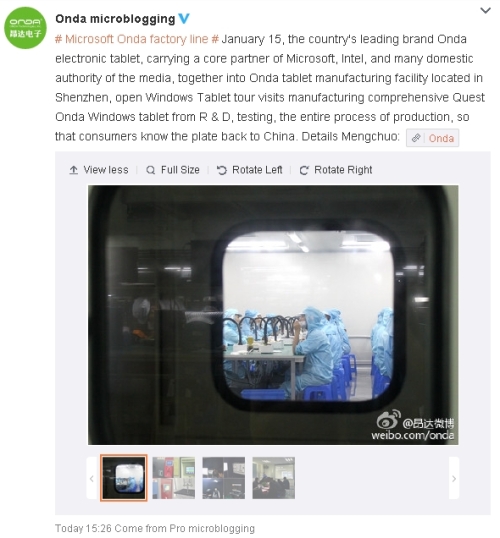 It’s Onda’s turn for the Microsoft and tag-along press junket.

Interestingly, they show Microsoft their dual-boot Android/Windows 8.1 tablets. Not that they could have kept them secret, but still. Does this mean Microsoft actually approves?

Onda puts on a good show — but are they really “world-class” as the article claims?

Yang: He Who Leads Teclast

Ah, such a shame.

END_OF_DOCUMENT_TOKEN_TO_BE_REPLACED

And Amazon’s not exactly starting small; it plans to produce up to 12 movies each year as part of the new initiative, and those efforts will kick off in earnest later this year.

Bezos must be drunk.

Lew Grade — a several-decade entertainment veteran who gave the world an entire roster of immortal TV programs — let his ego run away and he got into movies.

It was a disaster that basically ended his career.

END_OF_DOCUMENT_TOKEN_TO_BE_REPLACED

According to ZOL [Google Translate], the second batch of Nokia N1 sold out in seven minutes and forty-seven seconds.

Although they took longer to sell than the first batch, there were more of them to buy.

The next batch goes on sale January 22 in China.