Past this point are spoilers.

There’s an observation I am fond of making in the form of a joke:

Q: What do you call a group of men walking together down the street?

And it is true.

This, the best, Forbrydelsen series could have had this subtitle: Men Fuck Up.

Poor Karen! All along I didn’t think she was on the level. I didn’t see her passion for politics and her loyalty to Kristian as an analog of Lund.

Like Lund, she believed in justice. And as naively as Lund did. 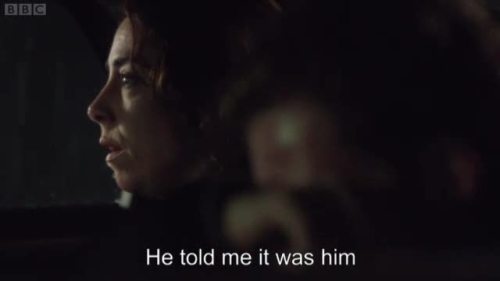 Karen and Lund, both dismissed and betrayed by the men they served.

In other words, the abuse suffered by Louise lived on, in different forms, and affected both Karen and Lund.

The photo proved nothing? It would have exonerated Lund, cleaned up the government, and shown Zeuthen that a monster was indeed under his own roof.

But a cascade of male cowardice, from the Prime Minister and Zeuthen on down, left two principled and brave women abandoned to the Fates.

As an act of redemption, every damn man could have covered up Lund’s execution of Reinhardt. Who the hell would have stood up for a scum predator like him? Maybe that’s an opening for a fourth series, but I doubt it.

Seeing episode 10 with subtitles clarified it all for me.

She was just another victim of men.