Update May 26, 2011: Search engines keep leading everyone to this older post. These are the new ones:

Nate speculates that this could be a device with a Mirasol screen.

I’ll go him one better. It won’t be called the Nook.

With a Mirasol screen, it’ll have a new name, something like Nook Duo.

But lacking the eInk flashing, Barnes & Noble can now make it both smaller and lighter by dispensing with the separate color touchscreen. I expect the entire screen to be touchy and to sport a new UI more like that of the NookColor.

Update: I just checked the PTO. B&N filed for “Nook2” and “Nook 2” trademark registration in June 2010. On the other hand, on March 29, 2011, the beard company B&N uses, Fission LLC, filed an application for “The Simple Touch Reader.” I can’t see them giving up the Nook brand, so this might be a marketing tagline for the new device. That would confirm my thinking that it will be all touchscreen.

END_OF_DOCUMENT_TOKEN_TO_BE_REPLACED

Acer Iconia A100 7″ With Honeycomb

I wonder if this will be the 7″ tablet I’ve been looking for? The one that will be headache-free. Unlike the HTC Flyer and the Asus Eee Pad MeMO, it doesn’t have a silly stylus.

END_OF_DOCUMENT_TOKEN_TO_BE_REPLACED

It’s become an unstable piece of shit that’s no longer worth my time. And there are two arrogant bastards in the Support forums — who might or might not be Opera employees — who should be banned there and then taken out and given bone-breaking beatings.

So That’s Why They Called It Nook 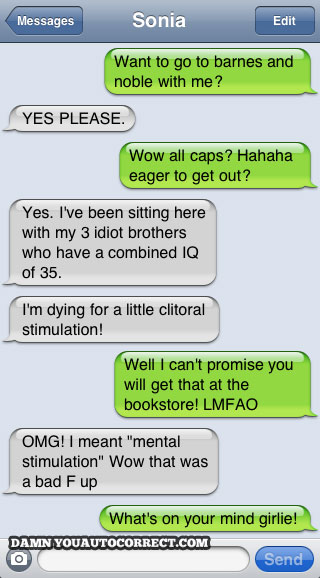 And this one — Convore — understands some of what Twitter is missing too:

Convore is a quick way to instant message with groups of friends in real-time. You can join in on conversations about topics that interest you, or start your own conversations. Don’t worry about missing anything, because we keep track of what you’re not seeing, so that when you return, you can easily catch up! But don’t take our word for it, join in on the fun and see for yourself.

I’m not ready to join another Twitter-like service.

I haven’t seen this pop up in a while. It still made me laugh out loud.