Sony Takes Another Hit This Week

Warning: This post is green text on a black background. But it’s another must-read about Sony. It will just make your jaw drop.

Another Devastating Assessment Of Sony
Sony: The Hollow, Soulless Company

I was poking around and came across some interesting posts at the Kindle forum discussion about Kindlegen.

END_OF_DOCUMENT_TOKEN_TO_BE_REPLACED

Bezos: Tablet Will Be A Kindle Companion

Asked today about the possibility of Amazon launching a multipurpose tablet device, the company’s president and CEO Jeff Bezos said to “stay tuned” on the company’s plans. In an interview at Consumer Reports’ offices, Bezos also signaled that any such device, should it come, is more likely to supplement than to supplant the Kindle, which he calls Amazon’s “purpose-built e-reading device.”

Bezos acknowledged the popularity of reading e-books (many of them sold by Amazon) on tablet computers such as the iPad. But he added that this popularity doesn’t spell the demise of the Kindle.

“We will always be very mindful that we will want a dedicated reading device,” he said. “In terms of any other product introductions, I shouldn’t answer.”

END_OF_DOCUMENT_TOKEN_TO_BE_REPLACED

HTC Flyer Gets A Review 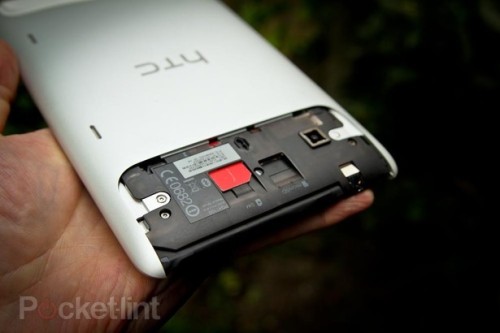 In the flesh it is comfortable to hold with one hand. It’s small enough to type on with two thumbs, and yes, you could slip it into your back jeans pocket, although we wouldn’t recommend sitting down. On the train and in the home we’ve found that we hold it differently to the iPad, and because of that it’s not as isolating, you aren’t so shut off from the world because its less of a physical barrier and that means you probably won’t be as self-conscious about getting it out in public.

The Future of Book Reviewing?

Digital Reviews are the same as print ForeWord reviews in many respects: the books must meet our quality standards; we use the same proficient reviewers; and the reviews are featured on our Web site and iPhone app and licensed for publication in the top title information databases used by booksellers and librarians: Baker & Taylor’s TitleSource III, Ingram’s iPage, Bowker’s Books in Print, and Gale’s licensed databases.

Digital Reviews are different from ForeWord reviews in that they are a fee-for-service review. A $99 fee covers the expense of writing and posting the review.

This happens in the world of apps too.

Everyone has their hand out to fleece the egress-seekers.

Text-to-speech as a proofing aid

The Amazon Kindle has a text-to-speech facility. The technology is not quite there yet, and I wouldn’t want to use it as a substitute for an audio book, but I have found the Kindle’s robot an ally when proofing text. If you read along with the speech, errors are made obvious. Moreover, reading aloud can pinpoint subtler problems and suggest rejigging certain sentences to make them flow better.

While there are more sophisticated text-to-speech systems available, the Kindle has one built-in and lets you proof anywhere. I suppose you could annotate the text, but it’s quicker just to make a written note of a faulty phrase that can be found later on the computer with the search function. Once I encounter a mistake, I switch off the speech using Shift-Sym, make my note, then switch on again.

This was a tip used back when speech synth was available for early Macs. I might have used it once. It was too annoying for me.

By the way, if you missed Richard’s book for free yesterday, you’re too late. It’s now US$1.00. Go on, you cheapskate, buy it.

I moved the widgets around. I should have had Search and Calendar at the top. Don’t know why I didn’t. Archives are now at the bottom.

I changed the background color to black, didn’t like it, went back to default.

Changed the title’s stupid subhead, which I still hate.

Looked at some other WordPress themes, but none of them appeal to me.

Before Rajaratnam was found guilty by a jury, over 20 people involved in the scam had already pleaded guilty to related charges.

When the illegal cash flowed through their fingers, they were all on top of the world. They had Gotten Over.

How many of them would now pay a multiple of that money to escape the imprisonment that awaits them?

The saying used to be, “If you’re so smart, why aren’t you rich?”

Another Devastating Assessment Of Sony

Sony has become my go-to example of how not to behave if you are the kingpin. Of all the major platforms PlayStation is the most branding- and marketing-led, and yet it is the least well regarded. Developers, journalists and many fans like some of the games on the PS3, but Sony PlayStation the entity? Not so much.

Sony’s big mistake was to develop the most recognisable game platform in the world and then decide to strip mine it for profit. It acted as though its position was unassailable, that authenticity and branding were the same thing, and so it could do as it pleased. In so doing it sacrificed execution in software, hardware and even its fabled design standards, and so lost trust.

Trust is an essential part of succeeding in the viral economy because relying on advertising in prime time is not that effective any more. Given that the future is going to be about more platforms rather than less, and you may one day end up running your own, you would do well to take heed of Sony’s slowly unfurling demise.

The founders of Sony would not recognize how that company operates today. It’s turned into a host for unimaginative parasites who feed off its past reputation, sucking it dry.

This piece is your must-read of the day.

Especially if you work at, or know someone who works at, Sony.

Blank Is The New Black

The feeding frenzy over the Chromebook continues in the tech press.

By the end of the year, they are all going to be so embarrassed.